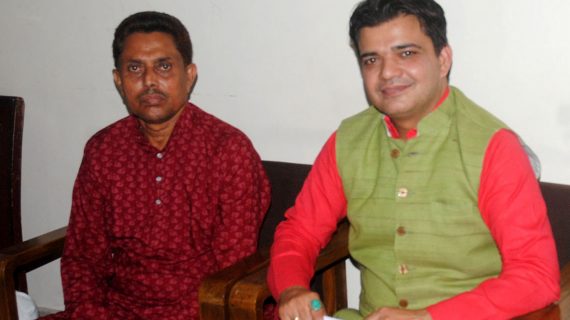 The Muslim Rashtriya Mancha endorsed its support to the implementation of the citizenship bill on Wednesday in Guwahati while most of the political parties and organizations have raised voices against the Bill across the State.

During a press conference, the media convener of the Mancha Yasir Jalani said, “We want the implementation of the Bill. The BJP has been doing vote bank politics with the Muslims.”

At a time when most of the political parties including the Asom Gana Parishad (AGP), Congress and other organizations representing various ethnic groups have been protesting against the Bill across the State, the media convener said that the Mancha had no report on any protest by the AGP till date.

Talking on the Mancha’s stand on the Bill, Jalani said that the Mancha would not speak on the matter till June 30, as the final draft of the National Register of Citizens (NRC) is scheduled to be published on the date.

Criticising former Assam Chief Minister Tarun Gogoi, Jalani said, “Gogoi during 15 years of Congress rule in the State had done nothing for the people; otherwise people would have seen different scenery of the State.”

Lauding present Chief Minister Sarbananda Sonowal, Jalani said, “The road conditions of the State have been improving during the BJP rule.”

Talking on the ongoing protest by most of the political parties and organizations against the hike in fuel prices, he said, “The fuel price will increase more. We will impose and collect more tax.”

Questioning on All Assam Students’ Union (AASU) role on the Citizenship Bill issue, the media convener questioned, “Who is AASU? What did the union do for the community?”