Meet Mohit Dutt, a singer, songwriter and composer from Assam

Mohit Dutt, a singer, songwriter, and composer from Assam is all out to make his mark in the entertainment arena.

Based in Guwahati, he started off by making song covers on YouTube, and two years back he released his first single on all streaming music platforms.

Mohit has always been passionate about music since childhood and he imbibed music in his blood.

He has just graduated from school this year and he is thinking of pursuing mass media.

He has also a passion for photography.

But as he says ‘music holds a special place in my heart’.

I started performing at my school when I was in class IV.

“I’ve also performed in several cafés and restaurants but my dream is to perform in a stadium full of people one day,” Mohit said while speaking to Northeast Now over phone.

“After my graduation from college I wish to pursue and study music and grow as an independent music artist,” he also said.

“I usually tend to write all my songs at night because it’s more peaceful and I can concentrate better,” Mohit remarked.

“I never start off by writing the lyrics of the song but I compose the song first then I write the lyrics,” he said.

“My lyrics mostly depends on what my music makes me feel and what kind of mood my music expresses. I try to keep everything simple but also melodious,” he added.

Mohit has a musical background.

His father also sings and plays a guitar that has inspired Mohit during his formative days.

“My songwriting influence comes from the well-known songwriter and music artist Sheeran,” he said.

“Over the years I’m working really hard to progress as a music artist and grow as much as possible,” he also said. 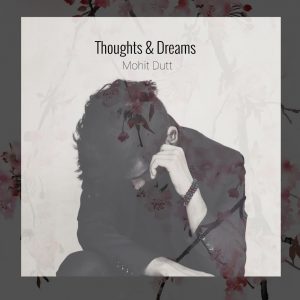 His debut album ‘Thoughts & Dreams‘ is about love, imagination, and feelings.

He mostly writes love songs as ‘I feel a lot of people can feel and connect to it’.

This album is based on sharing his feelings to his audience and for them to connect with it, he said.

No more lockdown in Tripura from August 4

No more lockdown in Tripura from August 4