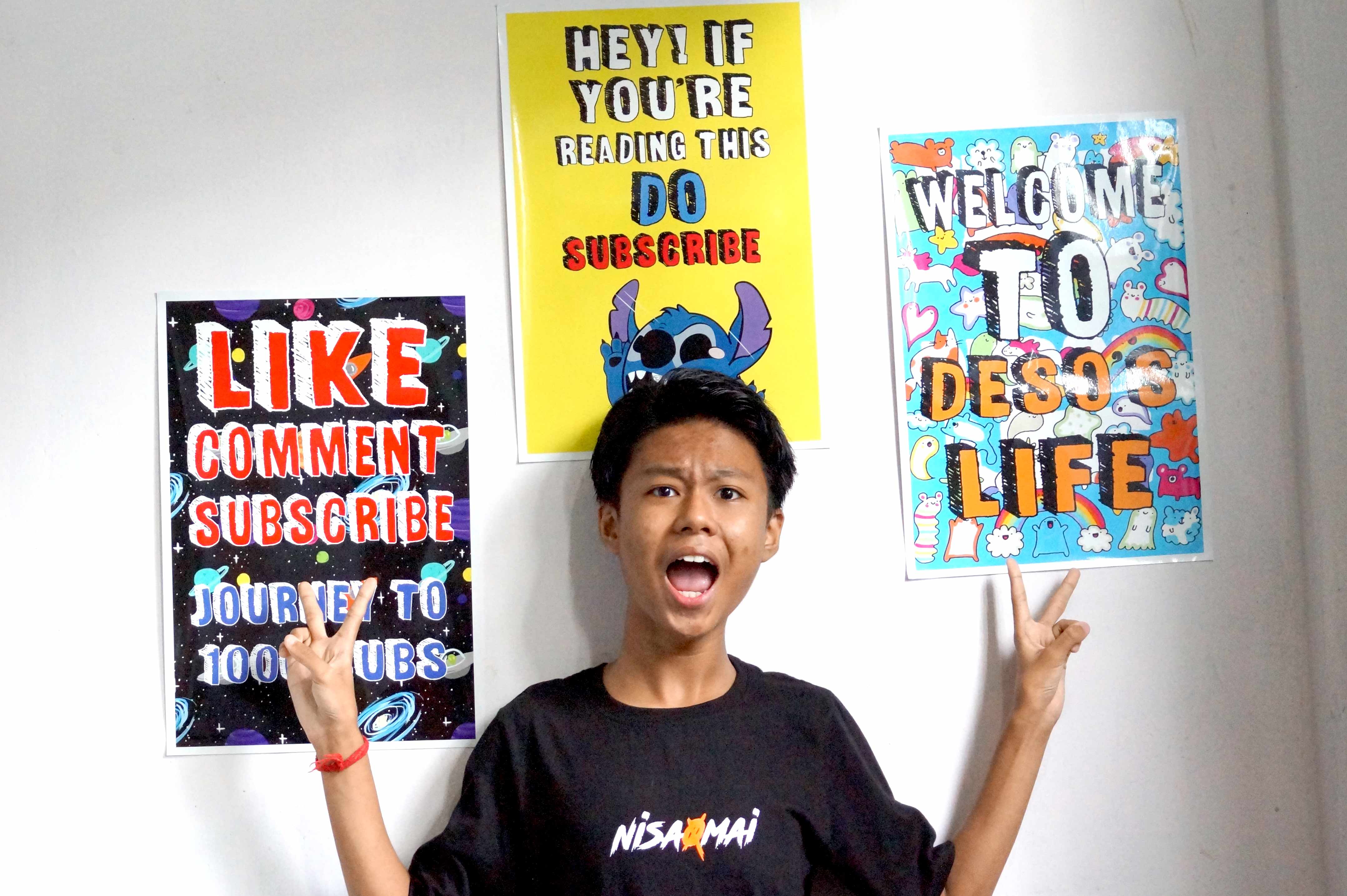 Deso Barman is the youngest Youtuber from Northeast India. The 15-year-old uploaded his first video last year on May 25. He hails from Silchar, Assam and started Youtubing when he was 14.

Till date he has made around 41 funny and influential videos. He has around 1000 subscriber & 40,000+ Views on my channel.  Some of his most hit videos are the ‘Lonna ft Soma Laishram & Sushant Rajkumar’ which had over 25,000 views and ‘Facts about Northeast India’ which had 5,000 views.

He started posting videos when he was selected for 19th International Film Children Film Festival India (held in Hyderabad, Telangana) as a Official Delegate from Northeast. He got the opportunity to learn about cinematography, animation, filming, acting, and so many things about life

He watched more than 100 movies in a week and got the opportunity to meet the international directors, producers, actors, & child artists. He also met some of the renowned bollywood actors like Tabu, Kareena Kapoor Khan, Karisma Kapoor, Mukesh Khanna to name a few.

On 2016, he researched about being a successful YouTuber/how to start a good channel. He believes to start anything, we should be prepared mentally.

He wants to let people know how a video sharing app can change anyone’s life. As a YouTube creator, he wants to tackle social issues, promote tolerance and empathy on his Youtube channel. He wants to make the world a better place to live by speaking about xenophobia, extremism, hate etc. You can follow him on Instagram.