On Citizenship (Amendment) Bill (CAB), Mamata said the 'hoax' of the promise of granting citizenship to existing citizens must be exposed 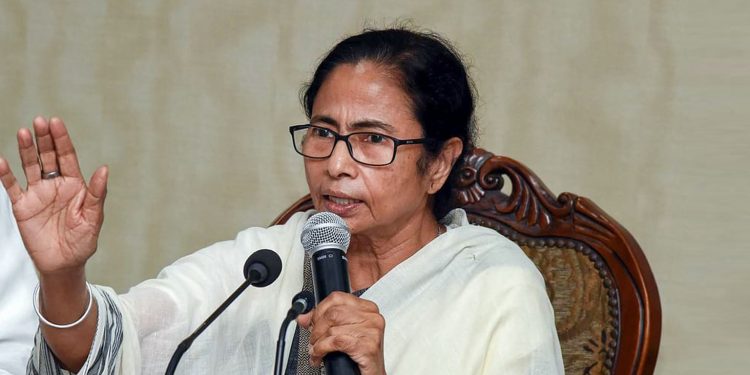 In a meeting of the party executive on Friday, Banerjee asked TMC leaders to run an “extensive and sustained campaign” against BJP’ s push for NRC in West Bengal.

“We have opposed the NRC but not yet done enough to create awareness among the people about the adverse fallout of NRC,” the CM told the party leaders.

“We must organise a focussed campaign at all levels to project how severely flawed the NRC exercise in Assam was,” Mamata added.

One of them told Northeast Now that Mamata wanted the party leaders to carry the anti-NRC campaign to not only Bengalis but also Nepali and Hindi speaking and tribals, many of whose kinsmen in Assam have been excluded from the final NRC list.

He said Mamata also pulled up party leaders for not doing ‘enough’ to counter the BJP”s campaign on NRC and CAB.

She asked party leaders to expose the ‘hoax’ of CAB and the ‘divisive nature’ of NRC.

“BJP is using NRC to divide our society and disturb our social peace. We have to battle it out effectively,” Mamata told the party leaders.

She insisted that the NRC would have to be the ‘single biggest’ issue in all elections in West Bengal until the state assembly polls in 2021.

On Citizenship (Amendment) Bill (CAB), Mamata said the ‘hoax’ of the promise of granting citizenship to existing citizens must be exposed.

“Why should some people like Bengalis always have to prove their citizenship seven decades after independence. I don’t have a birth certificate because I was born at home,” Mamata said.

Analysts say the exclusion of nearly one million Bengali Hindus from the Assam NRC has come as an opportunity for the TMC to strike at the BJP’s narrative that the exercise was primarily to weed out illegal Muslim migrants.

“The Assam NRC exercise has made the BJP nervous and Mamata confident of playing the Bengali card,” says political commentator Sukhoranjan Dasgupta.

Amit Shah’s assurance of first introducing CAB and then doing NRC in West Bengal is seen by the TMC as evidence of nervousness which Mamata wants to cash on.