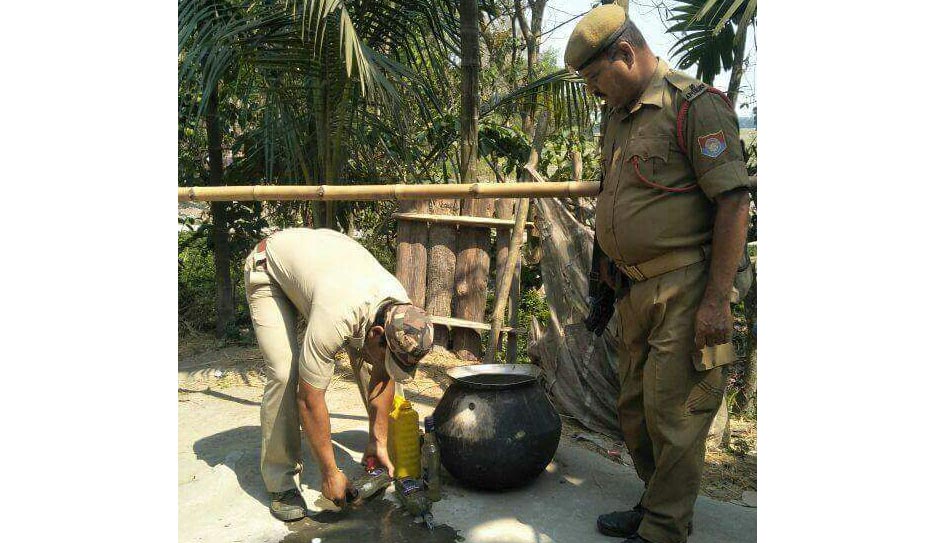 In a joint anti-alcohol drive by Majuli Excise Department and Majuli Police on Wednesday busted an illicit liquor den in Majuli.

Police and Excise Department have registered 6 numbers of cases against individuals for being involved in such nefarious activities.

It may be mentioned that the officials of Excise Department of Rangapara in Sonitpur district of Assam on Friday seized 60 cases of IMFL/beer from two persons under Chariduar police station.

The raid was conducted under the supervision of the Superintendent of Excise, Sonitpur.

The seized liquor was meant to be sold in neighbouring Arunachal Pradesh.

The consignment of liquor was seized during routine checking.