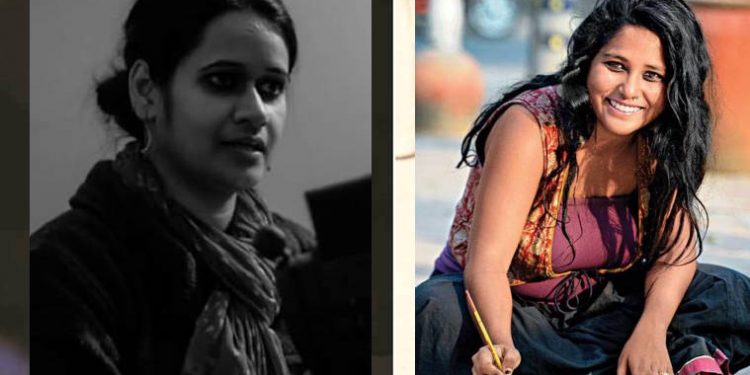 Amid nationwide lockdown, two female students of Jawaharlal Nehru University (JNU) have been arrested in connection with their alleged role in the anti- Citizenship Amendment Act (CAA) sit-in protest at Jaffrabad in North East Delhi in February this year.

Delhi police on Saturday evening arrested Devangana Kalita, 30, and Natasha Narwal, 32, from their Delhi residences for their alleged role in organising an anti-CAA protest at Jaffrabad, Indian Express reported.

Ved Prakash Surya, DCP, Northeast, Delhi said the two activists had been arrested under sections 186 (obstructing public servant in discharge of public functions) and 353 (assault or criminal force to deter public servant from discharge of his duty) of the Indian Penal Code.

Both Devangana and Natasha are founding members of Pinjra Tod, a collective group of women activists in the Delhi.

Devangana hails from Guwahati and her father Hem Chandra Kalita is a renowned cardiologist at Assam Medical College Hospital (AMCH) in Dibrugarh.

Pinjra Tod was a collective formed in 2015, to oppose hostel curfews at Delhi’s colleges.

Both had graduated from Delhi University’s Miranda House and Hindu College, respectively.

“They were arrested from their homes in an FIR registered by the Jafrabad police station, after an interrogation by the Special Cell shortly before officials from Jafrabad Police Station arrested them.

“They are currently at Jaffrabad Police Station. The police did not give reasons to their family members for their arrest,” Pinjra Tod said in a statement.

A few months ago Safoora Zargar, a 27-year-old Jamili Millia Islamia, student was arrested in connection with the protests in Jafrabad. She, even though pregnant, has been booked under the stringent Unlawful Activities (Prevention) Act and is in jail.