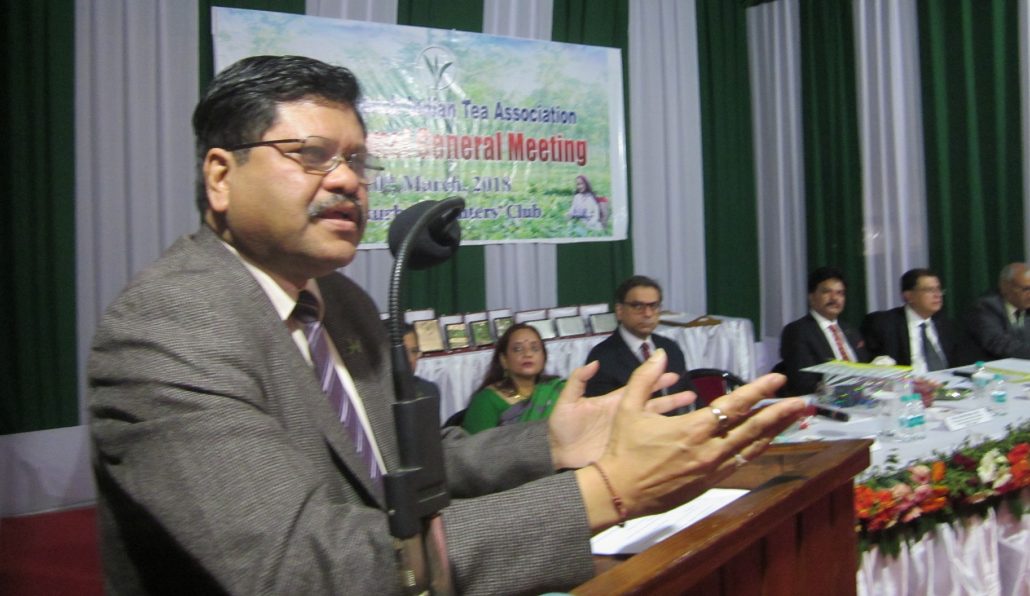 Indian Tea Association (ITA) Chairman Azam Monem  on Saturday said  that the application of full cover of the government’s welfare schemes in tea estates couldn’t be institutionalised due to concurrent existence of the Plantations labour Act (PLA) which overlaps these schemes.

The ITA Chairman said this while delivering his speech as Special Guest at the 128th General Meeting of ABITA held at the Planter’s Club here on Saturday. In his speech he also stated that the amendment of the Plantations Labour Act, which is on the anvil, envisages wider application of the government’s social welfare schemes on housing, health, education, drinking water in tea gardens.

“We have represented to the Ministry of Labour that the cost of maintenance of such facilities created from these schemes should not be vested on the management particularly where such facilities already exist under PLA as this would further add to costs,” he said.

He added that the Union Ministry of Labour has been pressurized to give priority to include the in-kind benefits provided to tea plantation workers within the ambit of the definition of wages.

“It is imperative to ensure that a sustainable wage structure exists in tea industry for it’s long term viability,” he said.

He also mentioned that the State government, which is pro-active, will take cognizance regarding revision in wage as otherwise the industry would be forced to a state of shutdown triggering massive unemployment.

Attending as the Chief Guest, Jishnu Baruah, Principal Secretary, Power, Government of Assam and Chairman, Assam Power Distribution Company Limited (APDCL), stated that adequate service to the people through the proper distribution of power among the consumers is the prime duty of the power sector of the State government of Assam. “APDCL is mandated to supply electricity to all consumers of the State for which the company has made all-out endeavour to improve power supply position of the State and is now supplying power to the extent of 95 pc to 100 pc during off-peak hours and to 90 to 95 pc during peak (evening) hours.” He mentioned that APDCL has been able to collect satisfactory revenue to contribute to the government.

In his welcome address, ABITA Chairman AH Choudhury stated that the tea industry in 2017 made a production of 1279 million kg.