“Centre-NSCN(IM) peace accord should not be on the basis of compromising territorial integrity of Assam,” says Gogoi 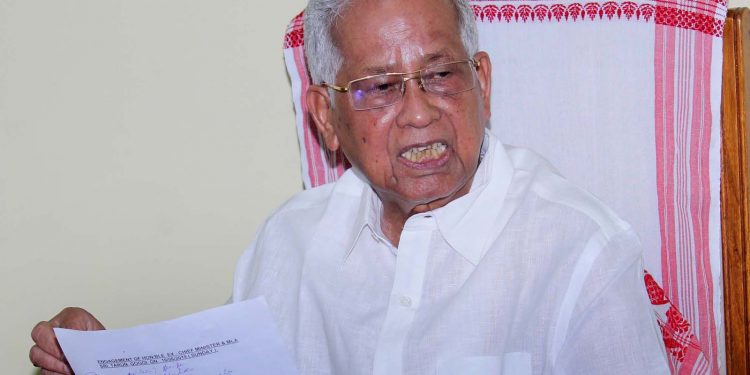 Former chief minister Tarun Gogoi on Wednesday said he is confident of reviving the Congress in Assam if he “takes the responsibility of APCC president”.

He, however, said he has not discussed the issue with the party high command.

Gogoi’s comment bears significance as a tussle continues within the Assam Congress leaders.

While a section of party leaders sought leadership change following debacle of the party in the last Lok Sabha polls, a total of 12 MLAs recently wrote to the All India Congress Committee (AICC) president to remove Debabrata Saikia as Assam Assembly’s opposition leader.

“I have not yet discussed this particular matter with the Congress leadership, though many state leaders are approaching me,” said Gogoi regarding his willingness to be Assam Pradesh Congress Committee (APCC) chief.

“I am confident that if I take the responsibility (as the state party chief), I can revive the party with a dedicated team,” said Gogoi.

Gogoi was talking to a selected group of reporters in New Delhi.

The senior Congress leader and three-time former Assam chief minister had earlier said due to health ground, he may not remain involved in active politics.

Meanwhile, Gogoi said the peace accord to be signed between the NSCN-IM and the government should not be on the basis of compromising the territorial integrity of Assam.

“We also want that an accord should be signed to bring everlasting peace in the Northeast, but that peace should not be brought by compromising the territorial integrity of Assam,” said Gogoi.

However, Gogoi dismissed rumours that he sought sacking of Ripun Bora as the state party president.