The generation of energy from water in various forms – river flow, ocean tides, stagnant water, and even raindrops, is now known as “blue energy” 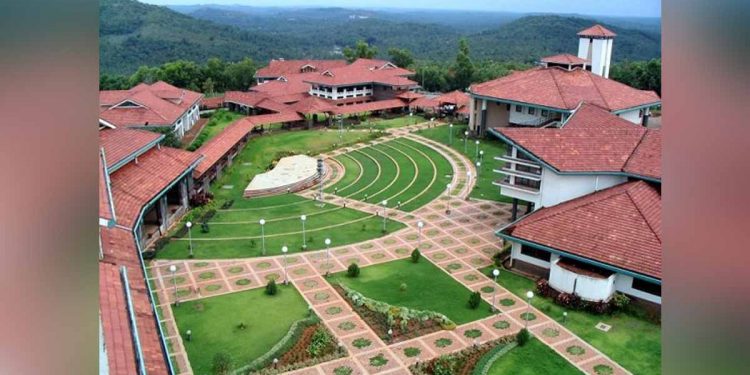 The researchers at the Indian Institute of Technology-Guwahati (IITG) have developed materials that can produce energy from water, on a small scale.

Kalyan Raidongia of the department of chemistry of the premiere institute said this on Monday.

“The new ways of producing energy can be employed in household environments to support the concept of decentralization of energy sources,” he added.

“The excess energy produced in households can be transported to nearby areas where there is an excessive need for energy,” Raidongia said.

He said that the researchers of his team have employed the nanoscale phenomenon called “Electrokinetic streaming potential” to harvest energy from flowing water on the small length scale like water flowing through household water taps.

“Similarly, the “Contrasting Interfacial Activities” different types of semiconducting materials were employed to generate power from stagnant water,” he said.

Other members of the team include Jumi Deka, Kundan Saha, Suresh Kumar, and Hemant Kumar Srivastav.

“When fluids stream through tiny channels that are charged, they can generate an electrical voltage, which may be harnessed through miniaturized generators”, said Raidongia.

The researchers demonstrated that power output can be improved by thousand times by attaining the best out of these parameters through biconical nanofluidic channels that interconnect tetrahedral and octahedral voids in the close-packed silica spheres.

“We use a lot of stagnant and flowing water in our daily lives. Water stored in buckets and water flowing from taps can potentially be used to produce energy if such nanogenerators can be developed further,” he said.

It may be mentioned here that the impending energy crisis that has arisen from the dual problems of dwindling fossil fuel reserves and environmental issues associated with the use of such fuel, has led to considerable research in alternative energy sources such as light, heat, wind, ocean waves, etc.

The generation of energy from water in various forms – river flow, ocean tides, stagnant water, and even raindrops, is now known as “blue energy”.

While hydroelectric power from rivers is the traditional form of blue energy, there have been efforts to harness the power of water in other ways in recent years.