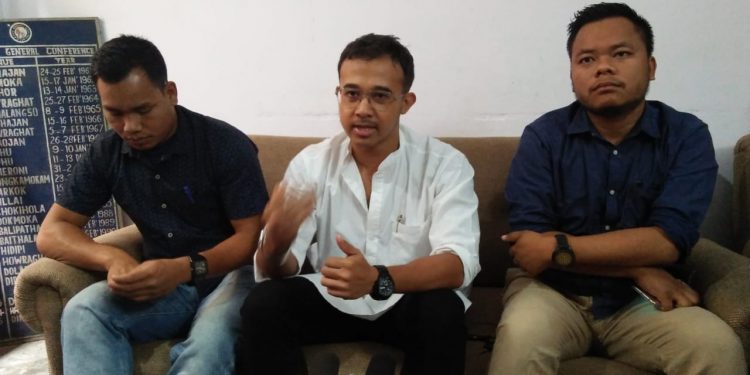 In a press conference held here at KSA office on Friday, president, HSDC, Dr. Mongve Rongpi said, “We strongly oppose granting ST (H) status to Bodos living in Karbi Anglong and Dima Hasao. We want to make it clear that we are not against the Bodos in general either in Karbi Anglong or any part of the country, but we are only fighting for our rights. Bodos are historically a plains tribe and they are enjoying all rights according to that provision. We urged the BJP government not to indulge in divide and rule policy just to appease the voters ahead of general elections in 2019.”

Dr. Rongpi also pointed out that the Bodos living in the hills and in Karbi Anglong are not deprived as they get political representation in Karbi Anglong Autonomous Council (KAAC). Any party in power in KAAC had one powerful Executive Member (EM) who is an elected representative from the Bodo community.

President, KSA, Simeon Rongphar blamed the BJP government on the issue. Rongphar also said the BJP’s slogan of ‘Sap ka sath, sab ka vikas’ should be implemented in practice. If the BJP led government wants to grant ST (H) status to Bodos then they should also implement Article 244 (A) of the constitution for granting Autonomous State for the hill districts.