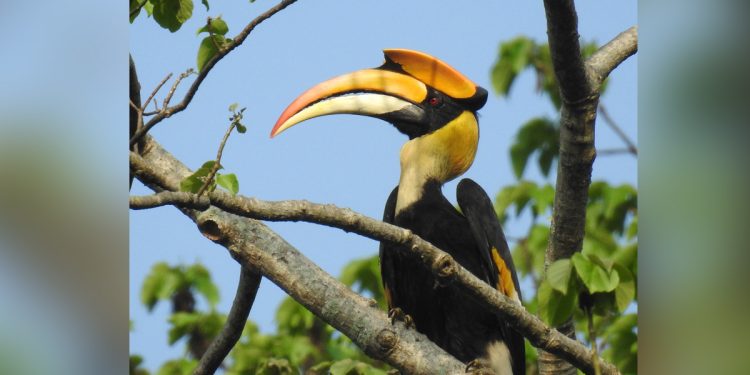 Four male hornbills and a wild boar were killed near Pobitora Wildlife Sanctuary and the meat of the boar was sold to customers.

Sources informed that that the birds were killed at Bihari-Basti village near Hatibagora under the Chandrapur police station.

“It is sad to witness the killing of hornbills. As this is the nesting season, the male hornbills are engaged in carrying food to the nest where the female hornbill that remains sealed inside a nest with a small opening,” locals said.

“With the males dead, the food supply will be stopped and the female along with its babies will also die out of starvation,” locals added.

Meanwhile, Moloy Baruah, the president of Early Birds, filed an FIR with the Chandrapur police station.

Four persons have been accused of killing the birds and the wild boar.

Owing to the COVID-19 pandemic the police did not arrest the accused,  however, they instructed the four to visit the police station whenever called for.