He added that the BJP has “completely ruined” the identity and culture of Assam. 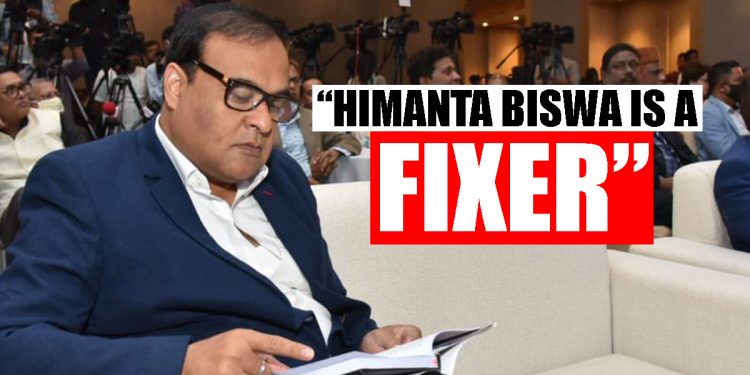 “Who are the BJP’s faces? One is Mr Fixer, Himanta Biswa Sarma. He just fixes things, takes bribes and puts people in jail. And then, we have (Sarbananda] Sonowal), who is a dummy chief minister,” said Congress’ Assam in-charge Jitendra Singh Alwar in an interview to The Week.

However, in his interview to The Week, Jitendra Singh Alwar said that exit of Himanta Biswa Sarma from the Congress in 2015 ‘had’ an adverse impact on party’s setup in Assam.

“He was a trusted aide of Tarun Gogoi. He had some sort of a hold on the party. The emphasis is on ‘had’,” said Jitendra Singh Alwar.

He added that the BJP has “completely ruined” the identity and culture of Assam.

“(These elections are) about the identity and culture of Assam, which are being completely ruined by the BJP,” Jitendra Singh Alwar said.

Jitendra Singh Alwar further said that the people of Northeast do not like the politics of BJP.

“The BJP has formed governments by breaking up small parties or the Congress. This is a new type of politics for the region, and the people of the northeast do not like it. Also, Assam had never seen freebie culture before. They are trying to buy votes,” added Alwar.

Alwar further rubbished reports of infighting in the Assam Congress.

Alwar said, “It might be the case in many other states, but not in Assam.”