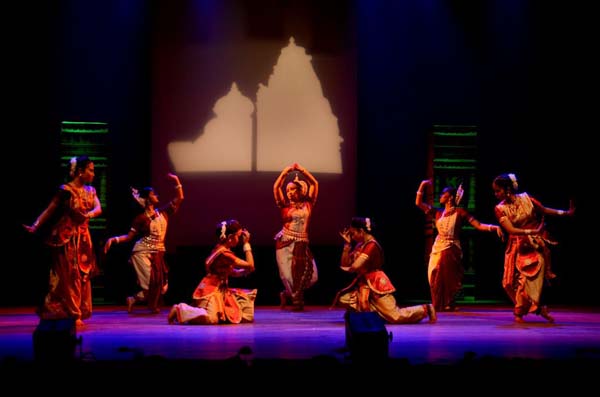 Darpan Dance Akademi, one of the premier classical dance institutions in Guwahati, has been imparting Odissi training to young artistes.

Not only that, they have been working on experimental dances, plays and organize different innovative dance events.

Chanda Rupa is a amalgamation of two major styles of Indian Classical Dances Sattriya and Odissi.

The evening of Chanda Rupa was inaugurated by Commissioner and Secretary to the Govt of Assam, Department of Culture Pritom Saikia. Eminent Actor, Theatre- Film personality and social activist Pranjal Saikia was the Chief Guest and Borbayan Ghanakanta Bora, Sattriya Exponent & Guru, recipient of SNA Award was the Guest of Honour at the function. Chanda Rupa is a brain child of noted Odissi and Sattriya Dancer Dr. Anjana Moyee Saikia. 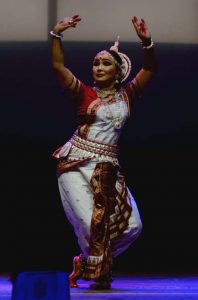 The performance of ‘Chanda Rupa’ was to bring out the major similar characteristics of the two dance forms. The music composed was based on Hindustani classical music as well as Borgeet of Assam.

The two Solo performances by Anjana was a real visual treat to the audiences.

Leading teachers and performing artists come regularly to conduct intensive training of yoga, mime, dance & theatre at Darpan. These works inculcate an awareness of inter-disciplinary approach and understanding of the inter-relatedness of all art forms.