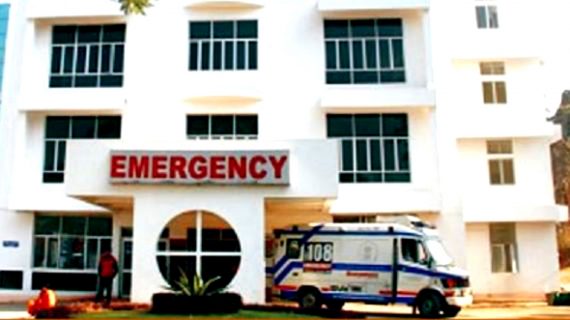 In a bizarre incident, Bhangagarh police detained a senior doctor of Gauhati Medical College and Hospital (GMCH), who was in an inebriated condition, for creating nuisance after entering in an ICU of the hospital today.

Sources said a senior doctor of the Anaesthesia department of the GMCH, identified as 50-year-old Dr Arjun Khakhlary in drunken state entered an ICU of GMCH, which is one of the largest hospitals in the Northeast and it shocked everyone on Monday.

Sources said that as the senior doctor entered the ICU and created panic, the Superintendent of GMCH, Dr Ramen Talukdar, called up the Bhangagarh police after he received complaint from other doctors.

Dr Khakhlary also allegedly misbehaved with some patients and their attendants. He even allegedly removed oxygen mask of a patient.

However, the police official informed that Khakhlary has not been arrested by police as no FIR has been lodged.

“The accused has not been arrested so far as no FIR has been lodged at Bhangagarh Police Station,” OC Medhi said.

The behaviour of a senior doctor in a reputed hospital like Gauhati Medical College & Hospital has created sensation among the patients.

Many have also raised question over the sincerity of the doctor. Some of the people have questioned how could the doctor enter the high-security ICU when he was in inebriated condition.