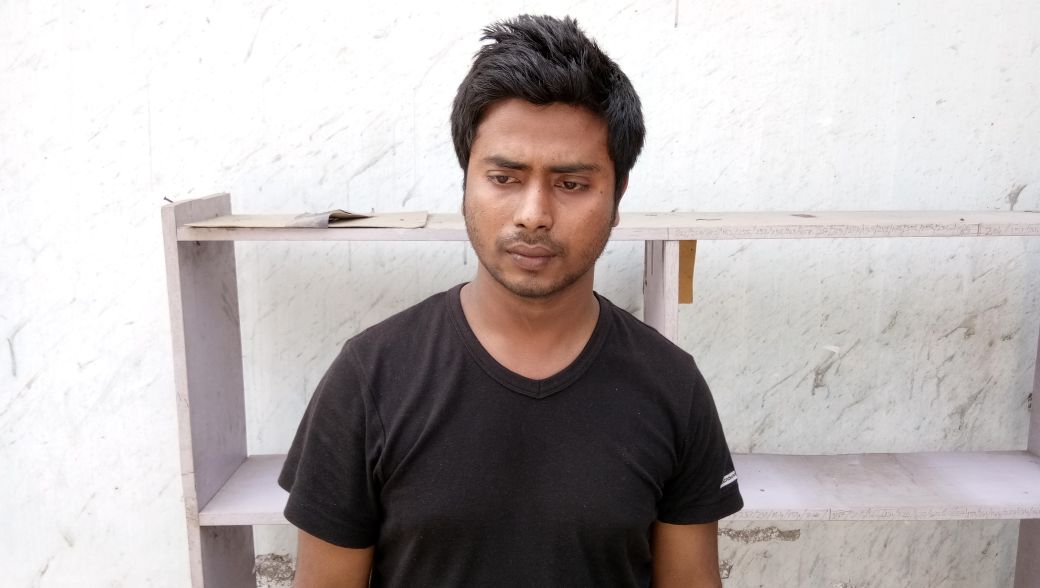 Mizanur Rahman who was arrested for being allegedly involved in a fraudulent cashless transaction case.

Darrang Police on Sunday arrested one more accused in connection with a fraudulent cashless transaction case which has been investigated by police since December, 2017.

The police have identified the accused as 25-year-old Mizanur Rahman, a resident of Gobardhan area in Baksa district under the Bodoland Territorial Areas District (BTAD).

According to sources, for the last few months, Mizanur Rahman, who was one of the suspects in the fraudulent cashless transaction case, was staying at Ghansimalu village under Kharupetia Police Station in Mangaldoi Sub-Division of Darrang district.

Police sources revealed that Mizanur has confessed to his involvement in the case during the preliminary interrogation by the police.

With this arrest the number of persons arrested in the case has gone up to six. The investigating police have already registered a case (No 532/2017) with the Kharupetia Police Station on December 10, 2017.

According to the FIR lodged by one Hafizul Islam of village Kachomary, Sonari Gaon in Dalgaon Police Station, a couple of days back, he found through a mobile SMS that his account (No. 37195544397) at the SBI, Dalgaon branch debited with Rs 5,000.

Being surprised he rushed to the bank branch as he had neither withdrawn the amount nor he had disclosed his ATM confidential PIN number to anyone else.

On being inquired, he found that his amount has been debited by hacking and it was credited to the account of one Sahar Ali of Khoirakata.

The police after registering a case in this connection arrested the accused and he reportedly confessed to have committed the crime before the police during interrogation.