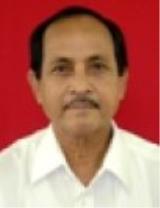 “Side-lined and ignored” by the Assam BJP leadership, former MLA Monoranjan Das is set to quit the party to join the Congress. The shocker came just a few months ahead of the Panchayat polls in the State.

While announcing his decision, Das, who represented Patacharkuchi constituency from 2011 to 2016 as a BJP legislator, said the BJP is no longer remain a party of Atal Bihari Vajpayee’s days.

He said that he will join the Congress party on Thursday in a programme in Guwahati. Top Congress leaders are expected to welcome him into the fold.

Das was denied party ticket in the last Assembly polls as the saffron party had to make seat adjustment with Asom Gana Parishad (AGP), a key ally of the BJP-led Assam government.

The BJP left the seat for AGP’s Pabindra Deka, who won the polls defeating Sailen Kalita of Congress.