Sarbananda Sonowal’s meeting with PM Modi and HM Shah comes amid speculation of his induction into the Union Cabinet. 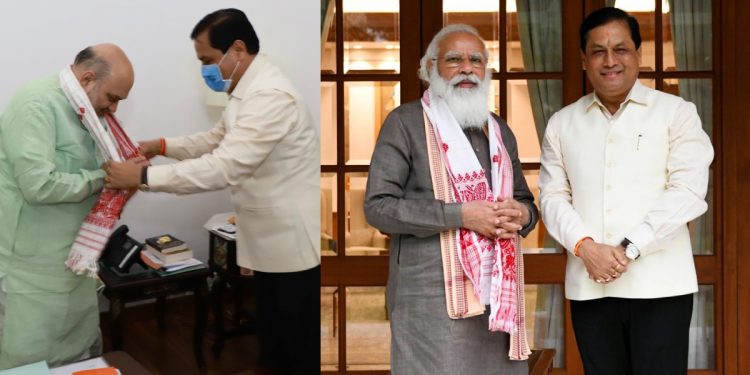 Sarbananda Sonowal’s meeting with PM Narendra Modi and HM Amit Shah comes amid speculation of his induction into the Union Cabinet.

The reshuffle of the Modi 2.0 cabinet which was supposed to take place this week. However, this is now likely to take place by the end of this month.

Although Sonowal was supposed to meet PM Modi and HM Shah earlier, but due to the duo’s hectic schedule the meeting took place only on Friday.

Also read: Delta Plus variant of COVID-19 detected in Meghalaya? Is the State Government hiding facts?

Speculation of Sarbananda Sonowal being inducted into the union cabinet have been running high ever since BJP’s central leadership asked him to pave way for Himanta Biswa Sarma to take over as Assam Chief Minister after the party’s win in the State Assembly elections.

Sarbananda Sonowal, before becoming the chief minister of Assam in 2016, was in the union cabinet as Minister for Sports and Youth Affairs.