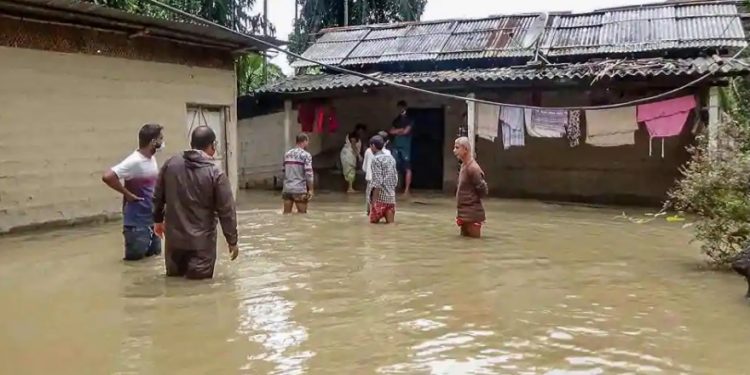 The flood situation in Assam deteriorated on Sunday with two more deaths reported in the deluge in Nagaon district, taking the total number of death to 44 in the state.

The district administrations have set up 224 relief camps and distribution centres in 16 districts, where 21,071 people have taken shelter, the ASDMA officials said.

Besides several other rivers, the mighty Brahmaputra is flowing above the danger mark in Dibrugarh, Neamatighat in Jorhat, Tezpur in Sonitpur and Dhubri town, an ASDMA bulletin said.

The ASDMA officials said that in the current wave of floods over the past four weeks, at least 27 persons have died in Morigaon, Tinsukia, Dhubri, Nagaon, Nalbari, Barpeta, Dhemaji, Udalguri, Goalpara and Dibrugarh districts, taking the state’s death toll to 44, while 26 people have been killed in separate landslides since May 22.

Embankments, roads, bridges, culverts and other infrastructure have been damaged at various places in 18 districts, the ASDMA officials said adding that around 810 houses were fully or partially damaged due to the floods.

In all, at least 8.03 lakh domestic animals and over 4.24 lakh poultry were affected due to the current wave of floods.