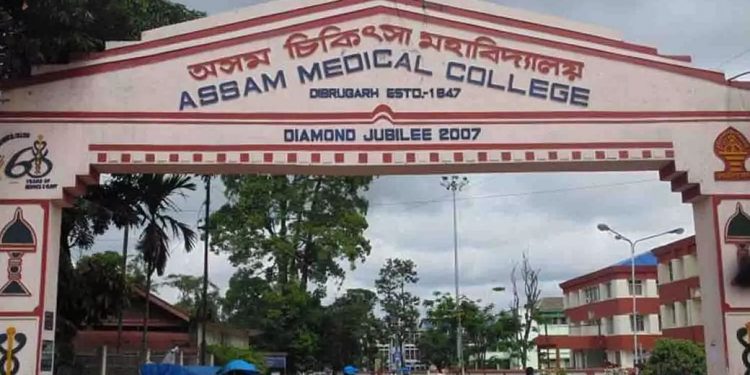 A 47-year-old man died of mucormycosis, commonly known as black fungus, at the Assam Medical College and Hospital (AMCH) in Dibrugarh on Wednesday becoming the first death due to the fungal infection in upper Assam.

AMCH principal and chief superintendent Dr. Sanjeeb Kakati on Thursday said that the patient, who belongs to Lakhimpur district, was admitted to the AMCH on June 15 due to post Covid complications.

He complained of respiratory issues and severe headaches.

He was also a diabetic with very high blood sugar levels. Black fungus, a serious fungal infection, is being reported mostly among those patients who are suffering from diabetes or immuno-compromised as a post-Covid complication.

“This is the first case of death from black fungus at the AMCH. Unfortunately, we could not save the life of the patient despite our best efforts,” Dr. Sanjeeb Kakati said.

“We lost the patient who was on special care on Wednesday afternoon after a valiant 15-day fight,” he said.

Dr Kakati said that the entire team of dedicated doctors from the department of Medicine, ENT, Microbiology, Ophthalmology, Cardiology and Radiology worked very hard to salvage him from the deadly disease.

“The ENT doctors carried out an extensive 6-hour long operation successfully. But he finally succumbed to sepsis and shock,” he added.

It was the first case of black fungus detected at the AMCH and the overall third such case in the state.

Earlier on May 20, a 27-year-old Covid-recovered man from Nagaon district had died of black fungus at a private hospital in Guwahati.

On May 29, a 42-year-old man admitted to the Silchar Medical College and Hospital for Post-covid issues was found to be infected by the black fungus.

Earlier, the state government had declared black fungus a notifiable disease, making it mandatory for healthcare units to report its cases to government authorities.

As per the SOP, all hospitals must set up a dedicated ward for the black fungus that has a separate waste disposal system.

According to the government order, a multi-specialty team including specialists in oro-facial maxillary, ENT, neurosurgery, ophthalmology and plastic surgery should be ready for surgical procedures on affected patients.