Every citizen must be ambassador of peace and development in Bodo belt of Assam: Pramod Boro 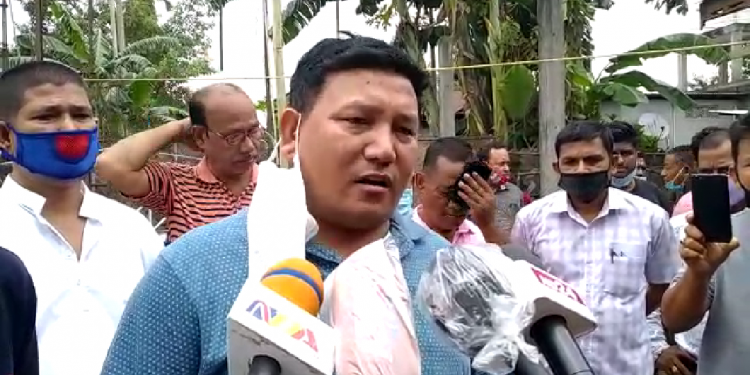 He said long years of bloodshed and violence have been synonymous with the BTC region.

He further said peace had returned to the Bodo belt after signing of the third Bodo accord and said it was now time for progress and development in the region, where every person must be a stakeholder and ambassador of ‘peace’ and ‘development ‘ in the region.

Governor Jagdish Mukhi on April 27 ‘took over the administration’ of the Bodoland Territorial Council (BTC), that administers the BTAD districts of Kokrajhar, Chirang, Baksa, and Udalguri.

Mukhi also appointed Rajesh Prasad and Siddhartha Singh as administrator and principal secretary to the council. The governor is the constitutional head of the BTC, which falls under the Sixth Schedule of the Constitution.

Pertinently, the elections to the council, scheduled on April 4, were deferred because of the novel coronavirus pandemic and guidelines for maintaining social distancing.