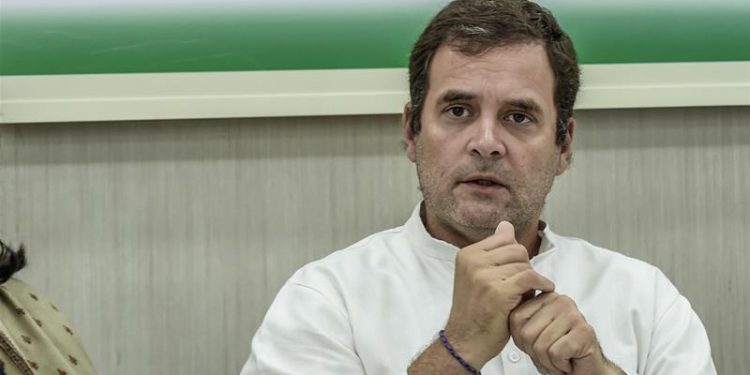 Former Congress chief Rahul Gandhi on Saturday lauded the people of Assam for their self-determination in the fight against the floods.

He said the entire nation is with the people of Assam.

Rahul Gandhi took to Twitter to express his concern for Assam.

He tweeted in Hindi which reads:

‘The entire nation is with Assam. The people of Assam are facing this problem with all their grit and their self-determination nature and they will recover from this disaster. I appeal to entire Congress workers to extend all possible help.’

On Friday, the flood situation in Assam continued to remain grim, as five more deaths were reported, taking the death toll due to the monsoon deluge to 76, while around 36 lakh people in 28 of the state’s 33 districts have been affected.

Forest Department and ASDMA officials also said that at least 86 animals were killed, while 125 animals were rescued as 95 per cent of the famed Kaziranga National Park, home to more than 2,200 one-horned Indian rhinoceros, was inundated.