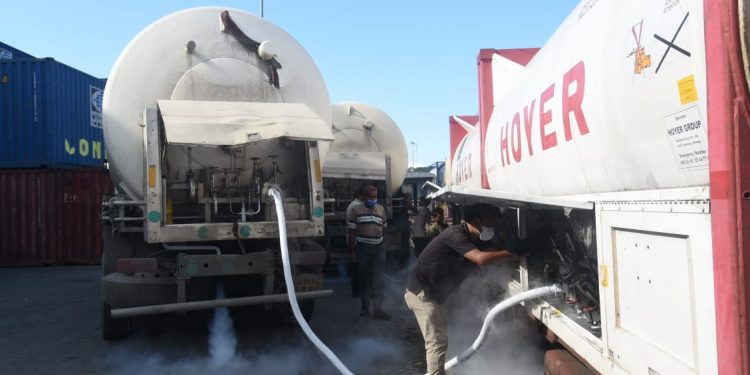 The express arrived in Assam from Jharkhand.

The oxygen express was loaded with 80 metric tonnes of liquid medical oxygen.

Also read: Indian Railways to set up 86 oxygen plants for its hospitals including 6 plants under NFR

With this the Northeast Frontier Railways have delivered a total of 560 metric tonnes of liquid medical oxygen to the state.

Meanwhile, Indian Railways is in the process of setting up 86 oxygen plants in its hospitals across the country.

Under the Northeast Frontier Railway (NFR), oxygen plants are to be installed in railway hospitals at Maligaon, Katihar, New Bongaigaon, Alipurduar, Lumding and Dibrugarh.

The 7th Oxygen Express to Assam reached Inland Container Depot, Amingaon today carrying 80 MT of LMO from Jharkhand. With this, Railways have delivered 560 MT of life saving Oxygen to Assam to help in the fight against Covid-19. pic.twitter.com/yiXqsziJC7