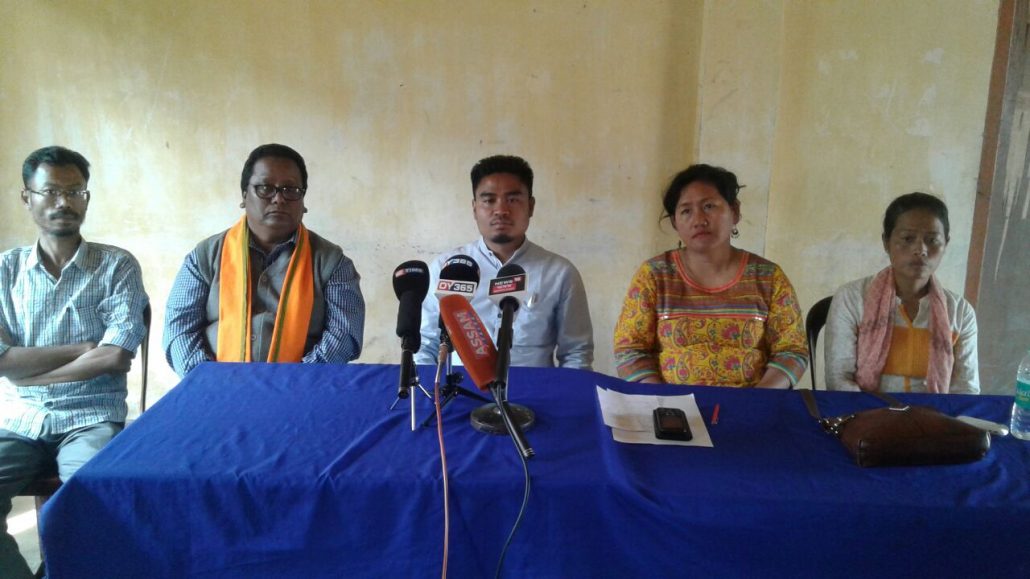 At least five organizations of Dima Hasao district of Assam have set a deadline for the State Government to publish the investigation report on the Maibang railway station firing incident which took place on January 25 last, in which two youths lost their lives in unprovoked police firing.

Addressing media persons at Haflong on Friday, president of the apex body of the Dimasas, Jadikhe Naisho Hosom (JNH), Kailen Daolagupu; Anus Kemprai of All Dimasa Students’ Union (ADSU) and Pramith Sengyung, general secretary of Dimasa Students’ Union (DSU) said the Government of Assam had assured that the grievances and demand to punish the persons involved in unprovoked police firing at Maibang on January 25 would be addressed after completion of the high-level inquiry by VB Pyarelal, Additional Chief Secretary to the Government of Assam, within a period of one month.

The public hearing into the case was held on February 6 last at Maibang, and even after a month has elapsed, the inquiry report was yet to be made public.

As a result no action has been taken against the guilty delaying justice to the victims’ families.

The organizations also alleged that this has caused serious concern among the people of Dima Hasao.

The organizations have set February 21 as the deadline for publishing the inquiry report or else the people of Dima Hasao would be compelled to launch a strong agitation, the public leaders warned.

The Dimasa Mothers’ Association and Dimasa Women Society have also threatened to join the democratic agitation if the deadline is not met.

The people of Dima Hasao had been demanding suspension of both the then SP and DC of Dima Hasao for which two youths of Dima Haso lost their lives in police firing.

However, the State Government has just transferred the erring Deputy Commissioner Debojyoti Hazarika and Superintendent of Police Ankur Jain from the district.

Notably, on January 25 last police opened fire at the protestors who blocked the railway tracks in protest against proposed inclusion of Dima Hasao district in Greater Nagalim.