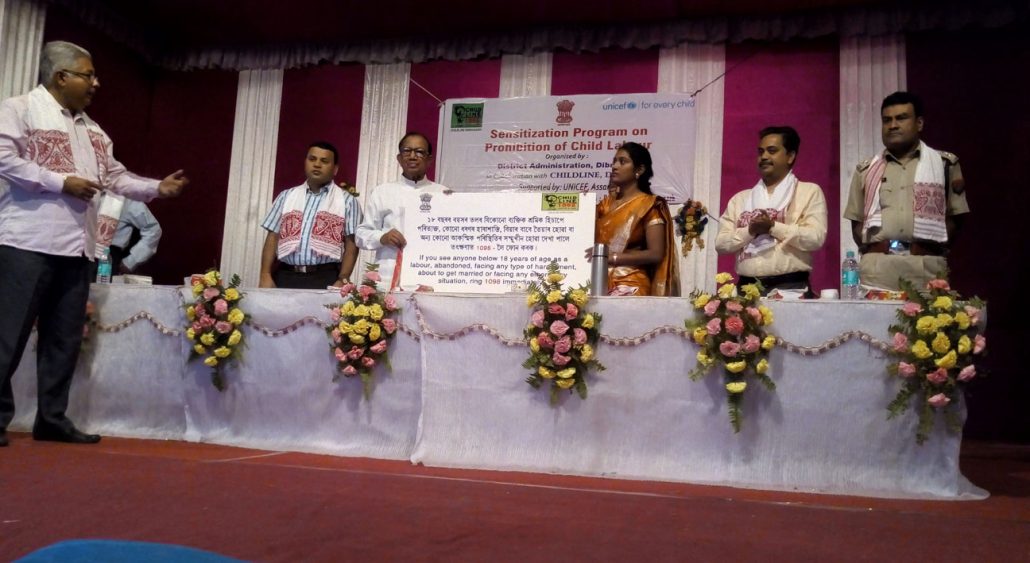 A view of the Sensitization Programme on Prohibition of Child Labour in Dibrugarh. File photo: Northeast Now

While inaugurating a Sensitization Programme on Prohibition of Child Labour in Dibrugarh, Deputy Commissioner Madduri stressed on the need for coordinated efforts by all concerned to prevent child labour.

The sensitization programme held at the Dibrugarh District Library Auditorium. The programme was organized by the Dibrugarh district administration in collaboration with Childline, Dibrugarh with technical support from UNICEF, Assam.

Madduri also spoke about the major challenges in eradication of child labour and the role of government and civil societies.

Deputy Commissioner Madduri was emphatic about the need for a collective effort to find a way forward in doing away with child labour from the society.

During the programmer, issues related to implementation of Child Labour Prohibition and Regulations Act and the reasons behind child labour still thriving in the society were discussed.

The programme concluded with an appeal by Dr Nagen Saikia to the gathering to abandon the ill practice of child labour.