Devangana Kalita and Natasha Narwal walk out of Tihar jail 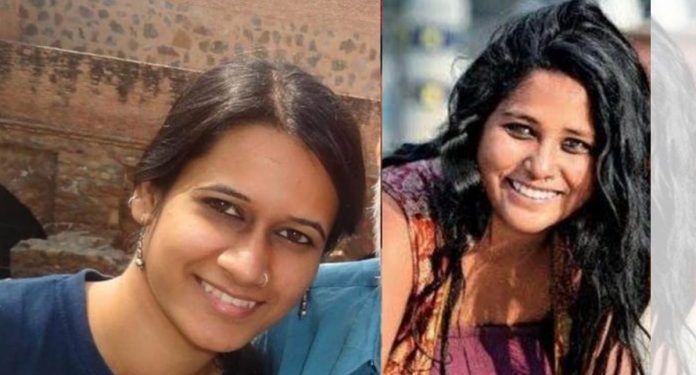 JNU scholars and activists Devangana Kalita and Natasha Narwal walked out of Tihar prison on Thursday evening at 7.15.

They were released from jail hours after a lower court in Delhi ordered their immediate release in the north-east Delhi riots “conspiracy” case.

The Delhi High Court on Tuesday granted bail to Devangana, Natasha and Asif Iqbal Tanha, who were arrested in May last year under the stringent Unlawful Activities (Prevention) Act (UAPA).

A senior jail official said they have been released from the Tihar prison as per court orders received.

Asif Iqbal Tanha will be released around 7.30 pm after the completion of formalities, he said.

The three student activists were not released from the prison on time over delays in verifying their addresses and sureties.

In its order for the immediate release of the trio, the Delhi court said the delay in the verification process by the police could not be a plausible reason for the accused to be kept imprisoned.

After securing bail from the high court, the activists had moved to the trial court, seeking immediate release from prison.

When the trial court deferred the order on their plea for Thursday, they moved the Delhi High Court, which ordered the lower court to proceed with the issue with “promptitude and expedition”.