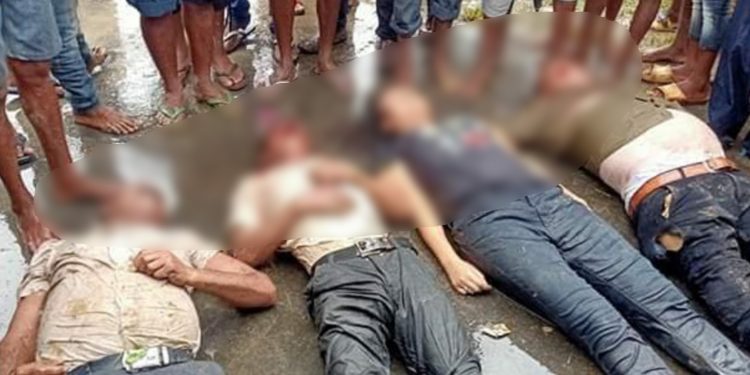 Police identified seven persons out of nine killed in the Demow road accident on Monday morning.

The accident took place when an Ultra bus on way to Dibrugarh collided head-on with a Traveller coming from Tinsukia en route to Jorhat.

Police have not been able to ascertain the identity of the other two deceased.

After the accident, though the locals immediately took the injured to nearby Demow Model Hospital, seven of them succumbed to their injuries.

Another eight of the injured passengers have been rushed to Dibrugarh Medical College and Hospital.

Among them, the condition of seven passengers is stated to be serious.

The impact was so massive that the Traveller vehicle was thrown off-road to a deep gorge on the roadside.

It is learnt that both the vehicles were at high speed despite the incessant rain.

The driver of the Ultra bus had, however, escaped from the scene of the accident immediately after the incident.

Sonowal has also prayed for eternal peace of the departed souls.

The chief minister also directed the Sivasagar district administration to provide urgent medical attention to those injured in the accident.

He also directed the Sivasagar district transport commissioner to conduct an inquiry into the accident.

He also directed the Sivasagar and Dibrugarh district commissioners to take necessary action for the treatment of the injured.