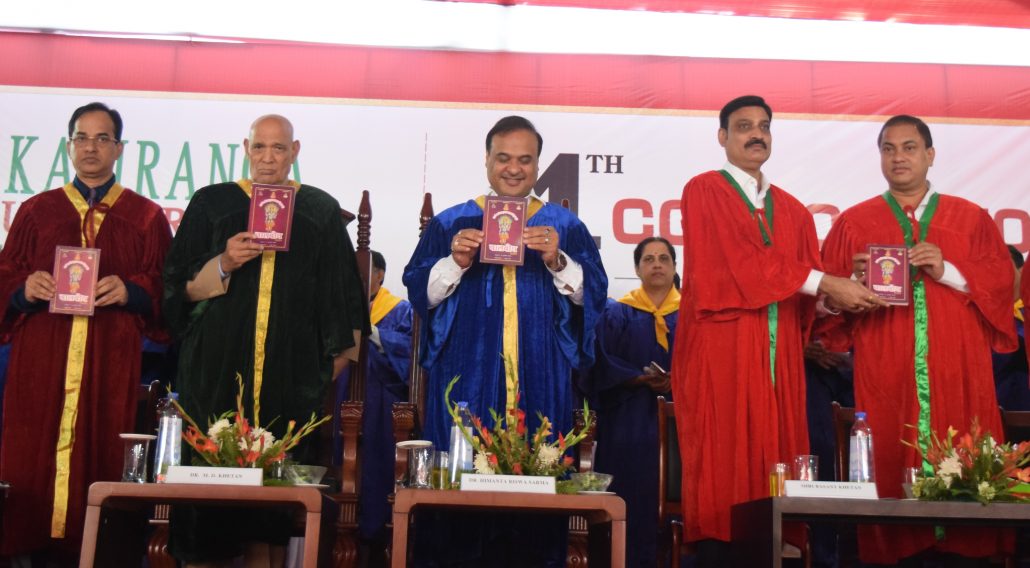 Assam Education and Finance Minister Himanta Biswa Sarma on Saturday stated that the degrees already obtained by the students of Assam Women’s University have no value as this was a University which did not even have a Vice Chancellor.

“A certificate is invalid where the University does not have a Vice Chancellor,” said Sarma.

Speaking to reporters on the sidelines of the fourth convocation of Kaziranga University, Sarma in response to a specific question on whether the University would be converted into a technical Institute, he said, “Something will have to be done.  I will try to give a better direction to the University.”

He further said that it was JB College in Jorhat which was old and had heritage value which would be made into a University among a cluster of colleges.

Students of Assam Women’s University had staged a protest here and observed black day on the International Women’s Day when they had first heard that the University would be converted into a technical institute.

The students of the women’s university are now readying to go on a hunger strike and mulling to knock the court against this move.

From among those who have passed out, a few have passed the National Eligibility Test (NET) for teachers’ jobs while a few are doing MPhil under Dibrugarh University and few others are doing research for doctorate degree under North Eastern Hill University (NEHU) and several others have got jobs in the public and private sectors as well.

A section of teachers said it sometimes happens that private institutes cheat students, but this would be the first instance in the history of India in which a government has done so by issuing “invalid certificates”.

The Assam Women’s University started session from 2014 after an Act was passed in the State Assembly in 2013.

The University started in a makeshift renovated grain storage facility of Assam Agricultural University and the Vice Chancellor of the University, KM Bujarbaruah was entrusted as the mentor of Assam Women’s University.

The facility houses 15 departments and offers graduate and postgraduate degrees.

Two batches of students have passed already out and about 500 are still studying.

The teachers are all working on ad hoc basis since inception.