Death in times of COVID 19 – Is India prepared to tackle mass casualty?

Death is inevitable, so is the spread of the deadly virus COVID-19.

With a daily rise in the death toll, total lockdown in countries worldwide and as the experts continue their desperate search for the cure, we certainly cannot rule out the future of mass deaths.

History has shown us that mass deaths do happen during times of prolonged pandemic. 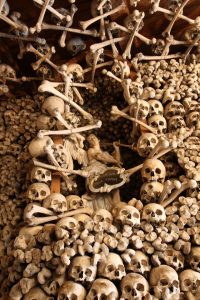 As the world lays crippled with the ‘Corona’ attack, everything remains uncertain so does the preparedness of the governments.

The announcement of Prime Minister Narendra Modi of a 15000 crore package to strengthen the healthcare of our country while also announcing a complete lockdown shows how prepared India was for this crisis.

When you are in the middle of tackling an epidemic, you are also asked to strengthen the healthcare system – could this not have been done earlier?

The state of Assam does not have enough resources to tackle a lockdown situation for longer periods, said the finance minister of the State, only to perhaps withdraw his statement after the food and civil supplies minister announced that the State has supplies to last 90 days! Is this preparedness enough?

Talking of preparedness what if this epidemic worsens and lasts longer than our assumptions causing mass deaths.

How prepared is our country and the state of Assam to tackle and dispose off the dead.

Situations in advanced countries like Spain can be ascertained from announcements like these, “Madrid’s municipal funeral home announced on Tuesday it had stopped collecting victims of Covid-19 – the disease caused by the coronavirus – while the city’s major ice rink will be used as a temporary mortuary.” 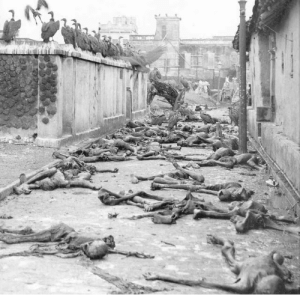 The mass deaths in the past have shown us morbid pictures of reality when during the ‘Kala azar’ or black fever epidemic that broke out in India, the ghats of Benaras had burned itself out due to the constraints of space, manpower and overcrowding of dead bodies.

It could not have been worse.

Humans are not being able to cremate their loved ones.

This time it’s a bit different – funerals are being banned in many countries.

And with the limitation of space and resources like crematoriums or even firewood, it sure is a problem that the Government of India needs to ponder upon.

The past pictures of the great famine of Bengal shows natural scavengers like vultures taking care of the dead bodies but with environmental destruction endangering species, we do not have enough vultures even for the same.

Here in the state of Assam the situation is even worse, in Circa 2020 this state functions it’s municipal duties without a single electric crematorium.

There are no electric crematoriums in the State.

A single gas crematorium has been installed but is almost non-functional due to the heavy costs that people have to incur due to the gas that is being used to burn the dead.

Left with the humble firewood based crematoriums and firewood being a scare commodity, how the state plans to tackle the dead during the times of mass deaths is unimaginable.

Leaving the dead bodies unattended for longer time will then lead to secondary infections and another epidemic might also be in the loop.

Notably, in Kolkata people had to dump the dead at the crematorium as they crematorium management refuged to perform the final rites.

There is no denying the fact that in case of mass casualty from COVID-19, similar scenes will be witnessed across the country including Assam.

In these pandemic times, death no longer remains a ritual that usually humans have practice d for life.

Religion and culture takes a back seat while the government needs to put their policies in place for future preparedness of the mass deaths. 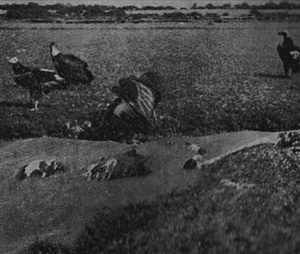 Burning the dead in thousands or may be millions is going to require a task force and if the policy makers do not plan now then we shall be further jeopardizing the lives of millions who continue to live in spite of all these odds.

The spong iron ore production units with their blast furnaces could be a possible source of fuel for burning the dead.

So preparing a list of such units in the states and keeping them on loop could be a way forward.

These furnaces in these times of the lockdown may remain closed, but starting a blast furnace requires a minimum of seven days.

These maybe one of the pointers that the State and the Central Government should start mulling on considering the way forward to prevent an additional crisis to fall upon a prevailing one.