Court orders immediate release of Devangana Kalita and two others 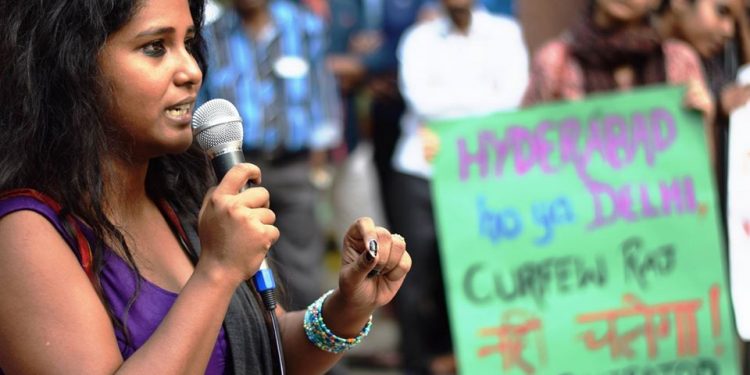 JNU researchers Devangana and Natasha and Jamia Milia Islamia student Asif were arrested under stringent UAPA for their alleged involvement in the Delhi riot case.

Additional sessions judge at Karkardooma Courts Revinder Bedi said the order has been passed for releasing the three accused and an intimation has been sent to the Tihar jail authorities in the matter.

The court declined to entertain the plea of Delhi Police seeking more time to verify the documents.

On Wednesday, the court had deferred the order on release of the accused after Delhi Police sought time for verification of the address of the accused.

On Thursday, the accused moved the High Court complaining against Delhi Police for cause delays in their release from the jail.

A bench of Justices Sidharth Mridul and Anup J. Bhambhani said, “We are not going to monitor the trial court proceedings.”

The High Court added it can only say that it has to deal with the matter with promptitude.

“Our order has to be implemented, there cannot be two views on that,” said the bench.

After a brief hearing, the High Court posted the matter for hearing later in the day.

The Delhi Police on Wednesday filed an appeal in the Supreme Court challenging the bail granted by the Delhi High Court to the three activists, seeking a stay on the order.