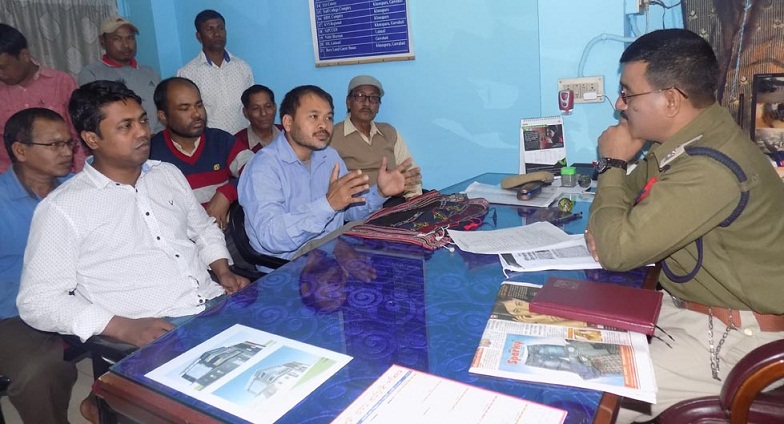 In the FIR, farmers’ leader Gogoi alleged that Assam has lost huge revenue in the transportation of coals from Meghalaya.

“A major scam has taken place in the overloading of coals and collection of tax from the coal-laden trucks which carry coals from Meghalaya to Assam or pass through Assam,” Gogoi stated in his FIR, adding, “In this regard, there are chances of the Transport Department, Enforcement Department, Tax Department of Assam government and the State’s Police administration of being involved in the scam.”

Stating that the concerned authorities of the Assam government on January 5 had decided to open all the check gates in the State, he mentioned that there no transparency in those check gates.

“There have been media reports that as there are no CCTV camera, proper lights, weighbridge and digital system of tax collection in these check gates, the Transport Department, Enforcement Department, Tax Department and the police administration have created illegal syndicates in such check gates,” Gogoi stated in the FIR mentioning that he has also submitted paper cuts and video CD in this regard along with the FIR.

Gogoi also apprised the Officer-in-Charge of Basistha Police Station that many of the coal-laden trucks coming from Meghalaya don’t carry challans against the coals. “Though new challans should be issued in Assam after checking challans of Meghalaya, the concerned authorities in Assam issue illegal challans without proper checking,” alleged the KMSS leader while terming it a “serious crime”.

Claiming that the trucks carry over-loads beyond the permissible limits, Gogoi stated, “The Transport and Enforcement Departments should take action against these over-loaded trucks.”

He mentioned that on August 24, 2015, the Transport Commissioner of Assam government had directed all the DTOs and District Enforcement Officers to file cases against such over-loaded trucks under the PDPC Act, 1984.

Gogoi in this FIR urged the Basistha Police to bring those people, who are involved in the coal scam, to book.

He also urged the police to bring a number of top officials under the ambit of the investigation. Among those, he urged the police to bring the District Transport Officer, Kamrup (Metro), District Enforcement Officer, Kamrup (Metro), concerned MVIs, Enforcement Officers, Transport Commissioner, Assam, concerned Tax officers, the Guwahati Police Commissioner, Director General of Police, Assam, Transport Minister, Assam, Finance Minister of Assam, etc. under the ambit of the probe.