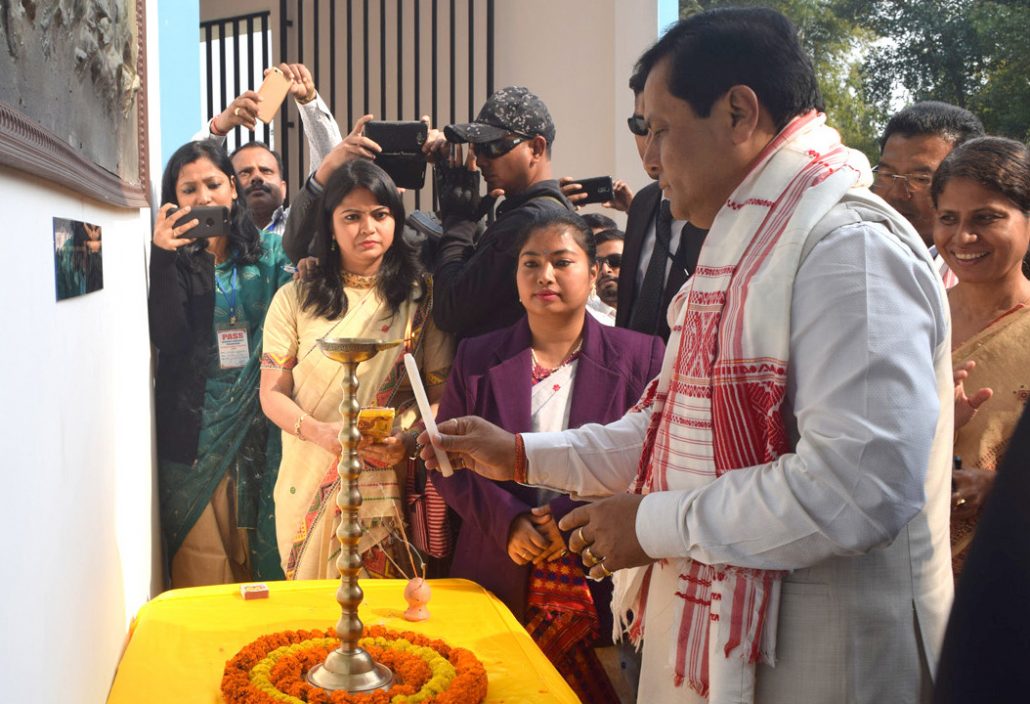 Chief Minister Sarbananda Sonowal on Friday inaugurated Sati Sadhani Kalakshetra at the Selengi area in Golaghat. The cultural complex is named after Sati Sadhani, the last queen of the Chutia dynasty.

While speaking at the inaugural function organized by the cultural affairs department in association with Golaghat district administration Sati Sadhani Kalakshetra, Sonowal said, “Sati Sadhani who represents women power,  always remains as a symbol of sacrifice, strength, self-dignity, freedom and love for the mother land and is a source of inspiration for all. This cultural complex will enable the younger generation to emulate the passion and dedication of Sati Sadhani. Chutiyas are an integral part of Assamese Society and Sati Sadhani belonged to the great Sutiya clan personified love for the mother land.”

Informing that development of all sections of people has been the main agenda of his government Sonowal said that, our strength lies in the united effort of various races, tribes and communities residing in the state but unfortunately such a congenial atmosphere has been missing for some time but he has resolved to work together as a big Assamese brethren in the days to come.

Assam has a rich cultural heritage which should be projected to outsiders who come to here as tourists. He further appealed to the people to develop the place as a tourist hotspot.

The construction of the cultural complex was started in the year 2008 and it is spread over an area of 23 bighas. Apart from a centrally air conditioned auditorium, the cultural complex has a two storied tourist lodge, boating facility, amusement park for children and restaurants.