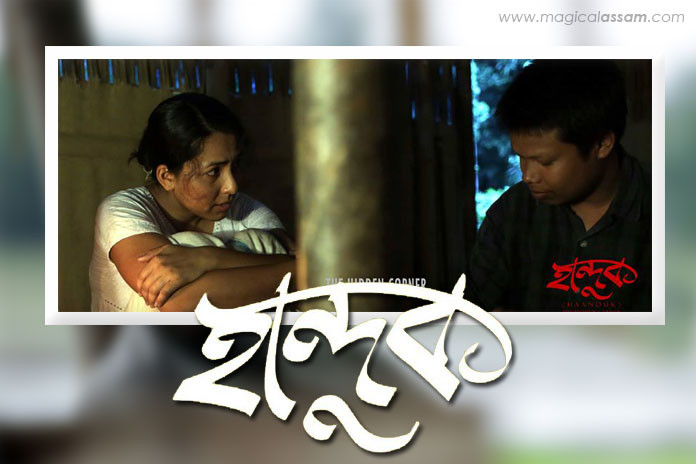 With the emergence of young, independent filmmakers in Assam with their moorings outside a callously burgeoning Guwahati, and coming from small towns of the State as most of them do, places still vivacious with semi urban realities and concern, where life’s connections are still more direct despite the changes brought about by external influences, is cinema in Assam, at long last, emerging out of its rigid middle-class, elite clutches and confines?

The works of the young are evidently, more daringly addressing native concerns unlike many of their predecessors. Haanduk, Bokul (despite certain lacking in its narrative, and the dialectics the film presents), and a few more other recent endeavors ascertain a definite development of cinema in the State, films which represent Assam’s reality not governed by hegemonic reliance on a particular language, but by delving into the labyrinth of societies confronted by crises which, otherwise, remained eluded from Assamese cinema.

Jahnu Barua’s foray into the challenging world of cinema in the mid Seventies, a noteworthy journey for an individual from a nondescript Japisojiya in Sivasagar, to the big world of Bombay, initiated early promises through his creative contributions to regional cinema when Indian cinema was enriched by many other stalwarts whose cinematic discourses brought regional concerns into the limelight.

What followed the path-breaker, Jahnu Barua, and his initial works, may be best described as feeble endeavors, attempts which invariably, and rather conveniently sighed away from addressing deep-rooted native concerns while the society continued to pass through several tests of time as globalization, too, started spreading its cudgels to complicate situations. Though Dr. Bhabendranath Saikia dedicated oneself to cinema centering on powerful existential crisis, his works remained eluded from cinematic credence.

Not much experimentation was evident in technical fronts either in cinema of Assam for it to stand out as significant, or satisfyingly cinematic.

The absence of a prominent worldview on the part of filmmakers of Assam is pretty much evident from their works except that of few like Jahnu Barua and Dr. Saikia.

The only other exceptions are Gautam Bora’s Wosobipo, the first film in Karbi language, and the initial works of a passionate Jwangdao Bodosa who made his first feature in his native Bodo language with a hand-cranked Bolex, and an incomplete work by Hemanta Das, named Tathapio Nodi, the only convincing, and insightful attempt in Assamese cinema to present the still less addressed crisis of the Kaibarta community of the State.

Until recently, Papori by Jahnu Barua, and Wosobipo were the two films where the respective filmmakers experimented with film form; Papori  addressing the Kafkaesque situation during the Assam Agitation, and in my view Barua’s best film, and Wosobipo premonished in microcosm what later has resulted in land pressure and related issues of identity among the ethnic realm of Assam.

Though a few more recent ventures based on subjects of contemporary concerns did get made, they failed to satisfy the aesthetic pleasure, while the dialectical principles on which these narratives have relied remains questionable.

The crisis the societies of Assam have been passing through has largely failed to find its presence in Assamese cinema for cinema of the State a position of cinematic discourses.

Neither many of the works have achieved in presenting a rich poetics through the works.  In most cases, it has remained aloof from exploring the local nuances well; as it rarely spoke the voice of soil, or engaged itself in exploring the labyrinth of human existence of those who plod across the soil of the land carrying their individual crosses, confronting crisis and social burdens.

A filmmaker has to experience the excruciating pain of one’s society to be able to able to tell one’s story with utmost conviction and passion. This is understandably a different dedication, far removed from associating with a medium to simply gain individual prominence, with an eye at self-aggrandizement.

What is even worse is the frenzy to do so by relying on the technicians in the absence of having thorough knowledge of one of the most complex creative medium. 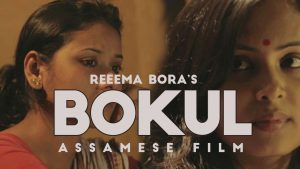 This is where one is compelled to draw a definite premise, that cinema in Assam have been denied of superior creative presence because of analytical lacking in the State’s filmmakers, absence of the commitment to identify with crisis befalling on the struggling common men, along with weakness in understanding the opportunities creative filmmaking demands and presents.

By simply making a film in a certain language, and to claim it to be a film representing the people of a certain realm, is not a credible venture other than utilizing cinema for individual gains.

Even adaptation of some of Assam’s most noteworthy literary creations by stalwarts of Assamese literature, have failed to attain desired recognition and importance outside Assam because of the failure on the part of the filmmakers in representing the core essence and spirit of these literary pieces.

Hope, one does not have to wait through long gaps to witness the upcoming talents of Assam engage themselves with commitment, consistently drawn towards issues of social concern and emerging subaltern issues, while accumulating the aesthetics life and the soil presents, and attain more accurateness of analytical prowess necessary in presenting native realities to the world on an universal plain.

Coming from a young filmmaker who has witnessed arms conflict from close quarters, a reality eluded from cinema of Assam until Jaicheng Jai Dohutia made the film, this very work and the subtle treatment which provides a definite cinematic engagement to connoisseurs of social cinema, reaffirmed the importance of such works, while it has set a benchmark for others in the State who aspires to make films as social discourses attaining creative heights.

Maulee Senapati is an independent filmmaker and former HoD, Film Direction, Aisfm India. He is an alumnus of Film and Television Institute of India.