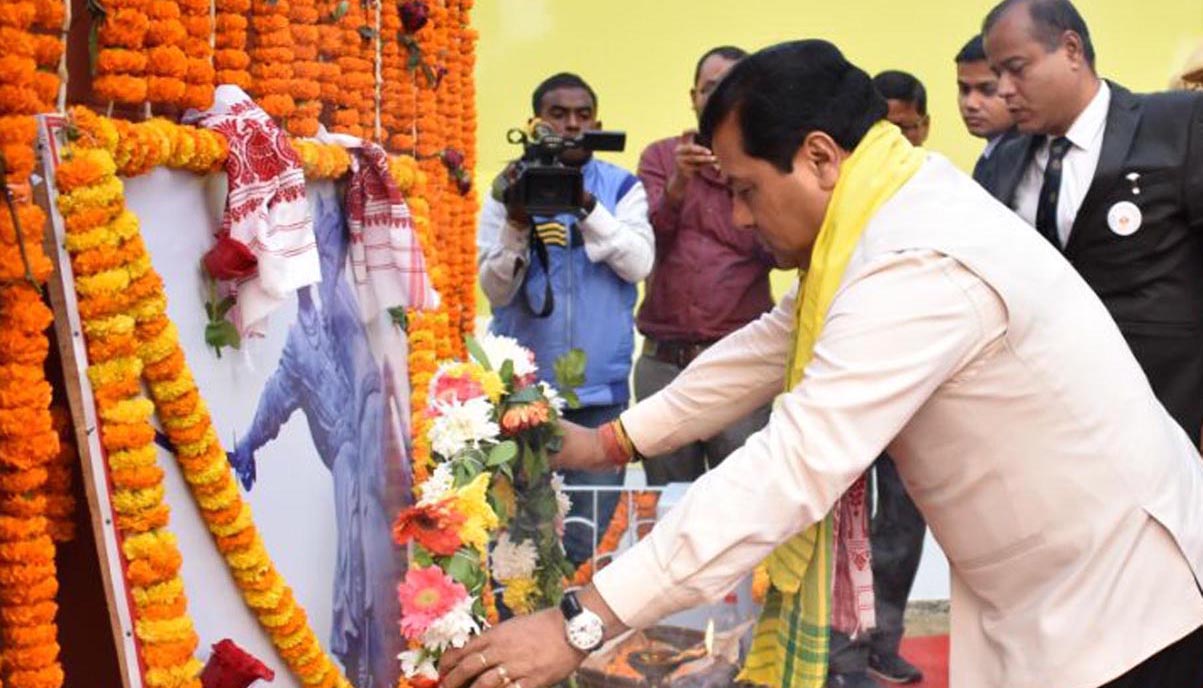 Chief Minister Sarbananda Sonowal paying tribute to the portrait of Bir Chilarai on the occasion of Chilarai divas in Mangaldoi on 31-01-18. Pix by UB Photos

A public function was organized at the historic Mangaldai Gandhi Maidan where Chief Minister Sarbananda Sonowal attended as the Chief Guest.

Speaking on the occasion, Chief Minister Sonowal paid tribute to Chilarai terming him not only the symbol of bravery and strength but also a true patriot of Assam with human values and strong love for the nature.

He also highlighted the multifaceted qualities of Chilarai including in the field of literature and culture and stressed on the importance of education. He urged the youths of the state to follow the ideology of Chilarai.

Chief Minister Sonowal offered floral garland to the statue of Veer Chilarai located at the campus of Chilarai Bhawan at ward no 6 Mangaldai. A souvenir published on the occasion was formally released by Minister Naba Doley.