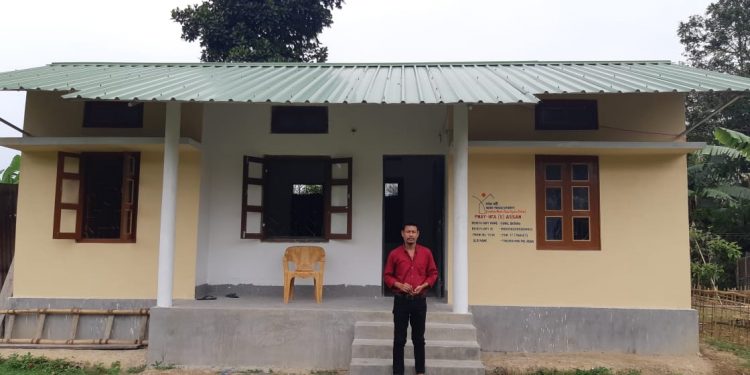 The central government has sanctioned 1, 23,268 houses against the assessed demand of 2.19 lakh in Assam under the Pradhan Mantri Awas Yojana (PMAY-U) mission.

Housing and Urban Affairs Ministry officials said that out of the total sanctioned projects, 94,590 have been grounded for construction and 22,888 have been completed and delivered to beneficiaries of Assam under PMAY-U Mission.

The official said that due to COVID-19, there has been some delay in the construction of houses.

“The progress of construction of houses has picked up now. The central government through various Ministries and departments has issued advisories as well as protocols to start the construction work after following COVID-19 guidelines,” the official added.

Minister for Housing and Urban Affairs Hardeep Singh Puri has recently told in the Parliament that based on the demand survey assessment carried out by States and Union Territories (UTs), under PMAY-U, the housing shortage in urban areas had been assessed at around 112 lakh.

“PMAY-U mission has strategized to complete the construction of houses sanctioned under the Mission by the year 2022.

“So far, 110 lakh houses have been sanctioned under the PMAY-U, out of which 71.4 lakh are under construction and about 41.7 lakh had been completed and delivered. The central assistance during the duration of the scheme will be about Rs 1.77 lakh crore,” Puri said.