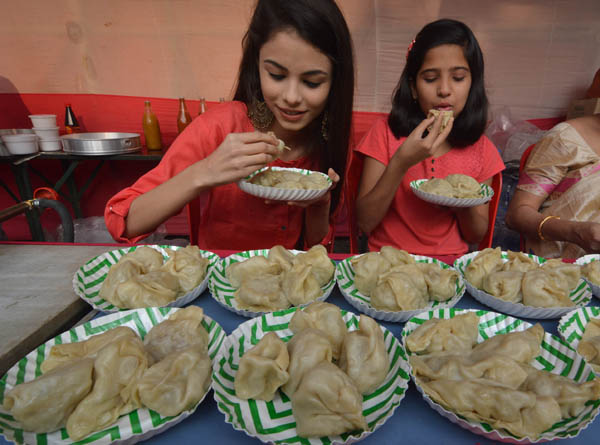 The three-day festival started on March 16 at the Lakhidhar Borah field, which is opposite Dighalipukhuri.

Apart from the bands performing there was also a momo-eating festival along with art and crafts competition held at the event.

Attractive prices will also be given away to the winners of the momo eating competition and art competition, informed the organizer.

The MomoGhar is located opposite Rabindra Bhawan in Ambari, near Uzan bazar. It is one of the first restaurants in Guwahati to serve momos. It was shifted to its current location in 1994.

Founded by Tapan Kumar Barua in 1991, MomoGhar was originally known as ‘’Pirish”.

Barua who wanted to bring about a change in the culinary tastes of the city, introduced the mouth-watering delicacy to the people of the city. The concept can mostly be traced to small family run business in Shillong. It was later improvised to suit the taste buds of the Assamese people.

MomoGhar has now occupied a cult status in the psyche of the city of Guwahati and has a very special place in the heart of everyone who has visited the food joint even once.