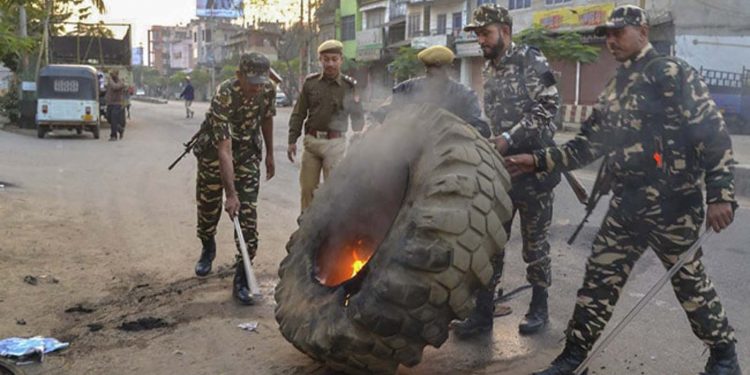 Army and Assam Rifles personnel were deployed in Assam and Tripura where widespread violence occurred during protests against CAA.

The central government has decided to gradually withdraw deployment of Indian Army and Assam Rifles contingents from Assam and Tripura.

The centre’s decision came following the improvement of law and order situation in Assam and Tripura.

The Army and Assam Rifles personnel were deployed in the two states of Northeast where widespread violence occurred during protests against the Citizenship (Amendment) Act (CAA).

A top official said situation in Assam and Tripura is back to normal.

“Law and order situation in both the states has improved. Indian Army and Assam Rifles contingents deployed in these states will be withdrawn,” he said.

As per requests by the Assam government, 29 columns, each consisting of 70 soldiers and one or two officers, of Indian Army were deployed to help the local administration between December 11 and December 17.

Similarly, as per the request by Tripura government, three columns of Assam Rifles were deployed in Tripura.

The personnel were tasked to help the local administration wherever and whenever required in these states.

“As things have improved drastically and no incidents of violence or public demonstration have been reported in these states for past few days, these personnel are lying idle,” said the officer.