A bust of eminent educationist and the founder principal of Majuli College, Atul Chandra Goswami, will be ceremonially installed at the college premises on April 14 next. 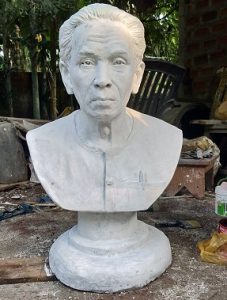 This initiative is taken to commemorate the seventh death anniversary of the noted educationist.

The bust, sculpted at the initiative of late Goswami will be formally unveiled by the satradhikar of Aini Aati Satra Dr Pitambeswar Dev Goswami.

Meanwhile, the present principal of Majuli College, Debajit Saikia and the family of late Goswami has appealed to the residents to attend the programme slated for April 14 in large numbers.

The day’s programme is scheduled to begin from 11 am on that day.