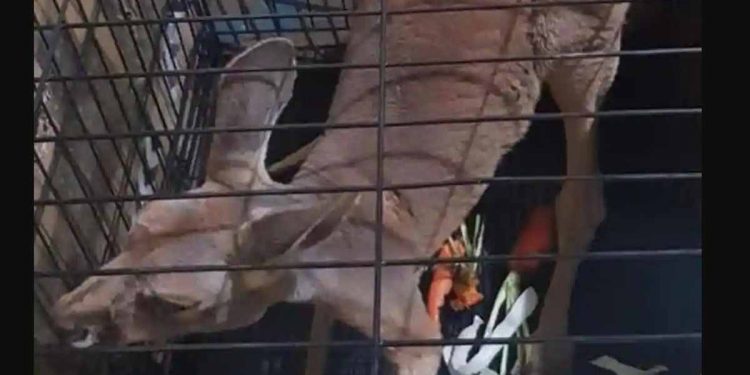 The rescue of a kangaroo along with and blue macaws among other exotic wildlife species has stirred up the hornets’ nest, throwing several questions related to northeast’s connection with wildlife smuggling.

They have been identified as Narsimha Reddy and Navnath Tukaram Daigude.

The seizure came less than two years after sleuths of the Directorate of Revenue Intelligence (DRI) busted an international syndicate of exotic wildlife smugglers.

The kingpin of the racket was based in Mizoram and the operation in October 2018 was carried out simultaneously in Chennai, Kolkata, Guwahati and Aizawl.

July 28’s seizure gave rise to several questions- most importantly how did a kangaroo landed in Assam?

As per sources, the stamps and seals on the cartons in which the animals were caged, revealed that the consignment was dispatched from Thailand via Myanmar and Mizoram.

“Even though kangaroos are mostly found in Thailand, however, there are a number of breeding farms in Thailand where the animal is bred and from there it is supplied to other countries,” sources said.

“There is a likelihood that these kangaroos are not native of Australia, but are from the breeding firms of Thailand,” the sources added.

“First the animals were brought to Myanmar and from Myanmar, it reached Cachar via Mizoram,” sources added.

It has been estimated that the consignment was on its way to Hyderabad when it was seized by the police.

It may be mentioned here that there are many wealthy people in India who purchase exotic species for rearing and even for consumption.