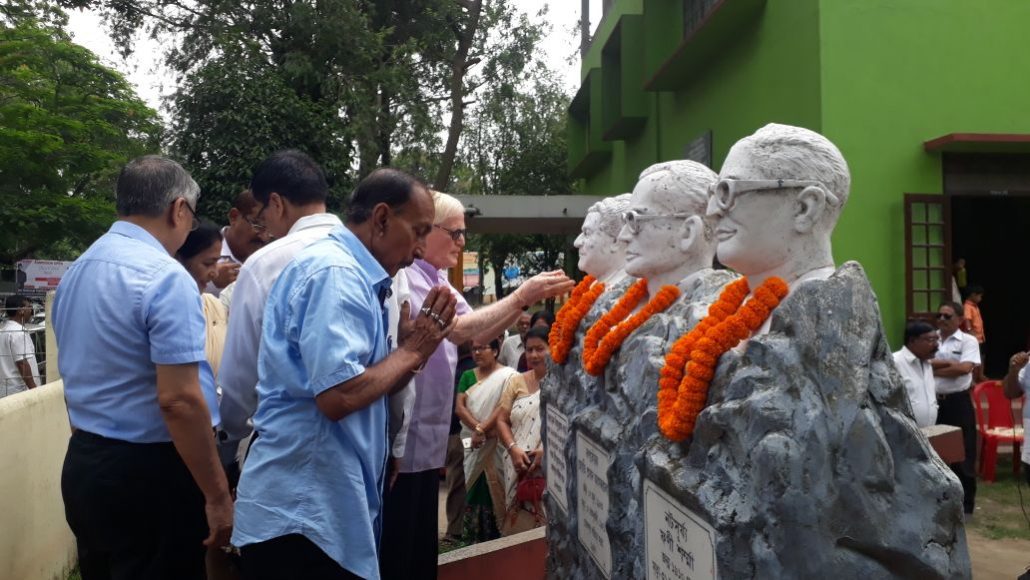 Along with rest of Assam, Tezpur also observed 49th death anniversary of Kalaguru Bishnu Prasad Rabha under the aegis of Tezpur Sahitya Sabha, Sonitpur district unit of All Assam Student Union (AASU) and various other organizations on Wednesday.

President of Tezpur Sahitya Sabha, Hemanta Baruah, began the commemoration session by lighting a lamp and paying floral tributes near the bust of the cultural icon.

Addressing the gathering, he spoke about the unmatched contribution of Rabha.

Speaking on the occasion, secretary of the literary body Pankaj Baruah said that the State Government need to give importance to Rabha’s creation which is fast passing into oblivion at Kolibari home due to lack of preservation.

He also said that Rabha always thought of creating a greater Assam.

The district unit of AASU observed three days long observance at District Library in Tezpur from June 18 with various programmes.

District secretary of AASU Nitul Bora said that Rabha who was a freedom fighter, revolutionary, dancer, actor, singer, poet, music composer, filmmaker, politician all rolled into one was a complete institution.

He also urged the government to establish a museum to preserve his historic creation which is on the verge of destruction.