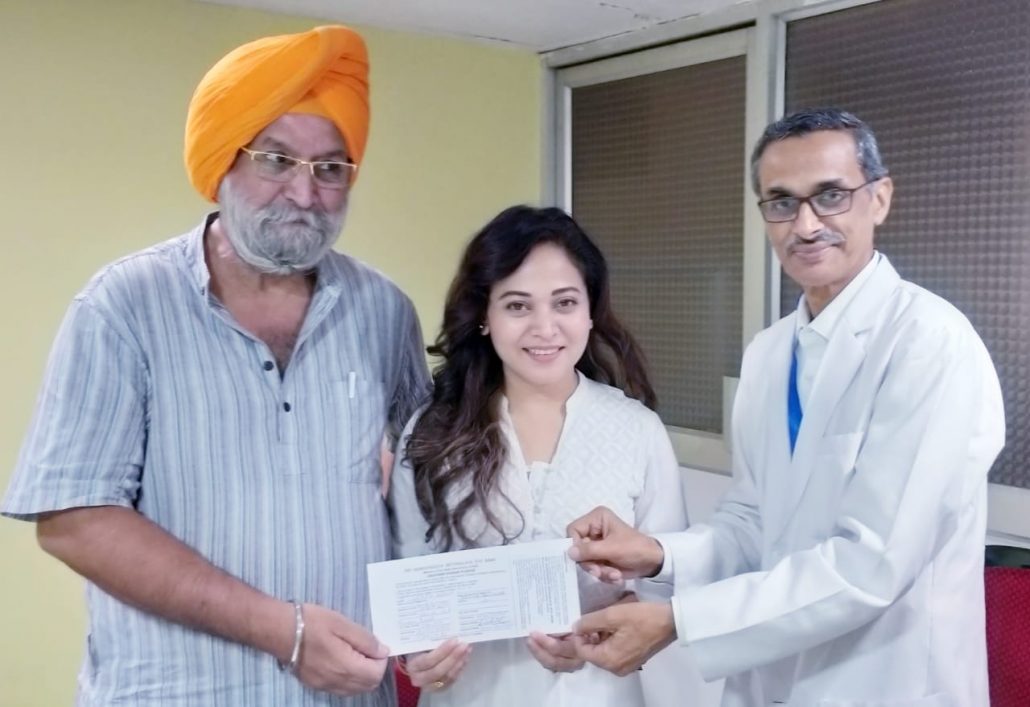 Zerifa Wahid who was appointed the Brand Ambassador for eye donation campaign by the Nethralaya earlier this month, pledged to donate her eyes called upon people to come forward and donate their eyes as it not only helps two people see this world, but it also gives a feeling of “a part of you being still alive after death”.

Zerifa said she is already in touch with many people who have pledged to donate their eyes and also help promote this noble cause as public awareness about it is almost negligible.

She also plans to produce a short educational documentary about it with the help of other personalities and Nethralaya as part of her commitment to educate people.

Dr. Bhattacharya thanked Zerifa for coming forward to not only donate her eyes but also actively getting involved to educate and encourage others to donate their eyes.

He said there is a great demand for cornea in the country but the number of people donating their eyes after death is very low thus creating a huge gap between the demand and actual donations.

Capt PP Singh, Chairman Khalsa Centre, North East who has been encouraging people to donate their eyes for the last eight years called upon the central government to pass the human organ donation act so that more organs like eye, kidney, liver etc are available for the needy even from unclaimed bodies in case of accidents etc.

Singh also called upon the Assam Government to make facilities available for organ donation in Guwahati at the earliest.