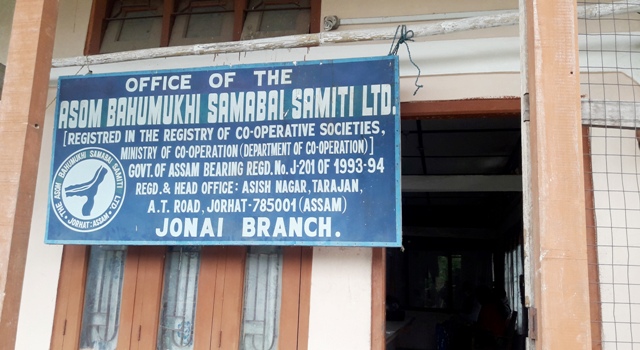 Police on Saturday arrested a collection agent of a cooperative society in Assam’s Dhemaji district on charge of misappropriation of credit money.

Arrested Mausumi, was absconding for last few weeks. Police are searching for her besides two other accused- Bonti Mili (Tayeng) and Dipanjali Doley (Das) – who are reportedly absconding.

The police earlier served notice under Cr PC to the accused to attend at Jonai PS for statement in connection to this case, but they did not respond.

The investigating officer (I/O) of the case said arrested Mausumi during the statement denied involvement in misappropriation of Samabai Samity money.

She was remanded to 14-day judicial custody on Sunday.

Sources said prime accused Bonti Mili (Tayeng), who is reportedly absconding, has sought ‘anticipatory bail’ from Gauhatai High Court, which will hear the plea on June 23.

The High Court has reportedly sought the ‘case diary (CD)’ from Jonai police.

Jonai police, however, said that they have yet to receive any message from the High Court in this regard.

“We have not received any message from the High Court regarding CD pertaining to the case of Asom Bahumukhi Samabai Samiti, Jonai branch till date,” said Jonai Sub Divisional Police Officer, Rituraj Doley.