Assam: Woman among three killed in road mishaps in Lakhimpur 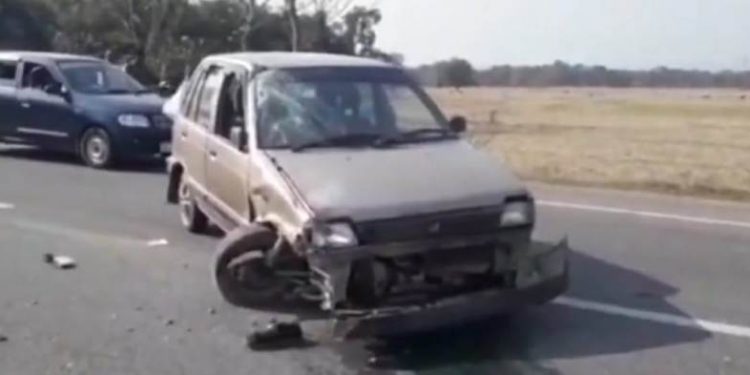 Three persons including a woman were killed in two separate road mishaps in Assam’s Lakhimpur district on Friday.

A 17-year-old boy died on the spot when he was run over by a high-speed Rangiya-Murkongchelek Special Passenger train near a level crossing at Nakari close to the North Lakhimpur Railway Station.

The boy was identified as Bhushanjeet Kalita. The incident took place when the teenager was trying to cross the railway tracks with his bicycle.

In another accident, two persons–a man and a woman– were killed at Pichalaguri on NH-15 in Narayanpur.