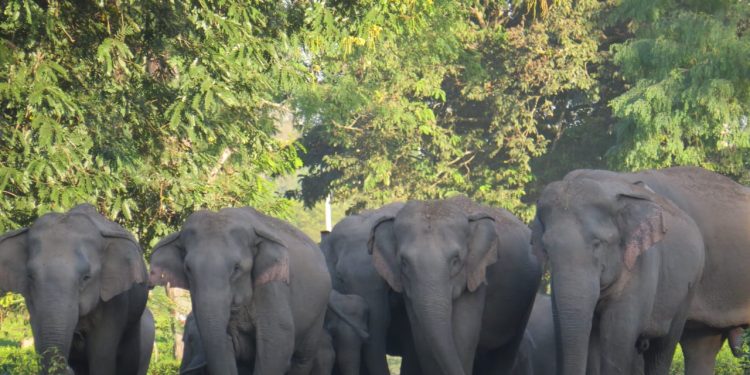 A herd of wild elephants have been creating havoc in seven villages in Assam’s Udalguri district by damaging crops, houses and attacking people.

The villages fall under Nonai forest division in the district

“The wild elephants enter the villages in the area at night and damage crops and even houses. Every year, the elephants come and spark terror in our village” said Tirtha Sarma a resident of Dimakuchi village.

In yet another incident, Bandhana  Orang, a 47-year-old resident of Tankibasti village under Dimakuchi police station was trampled to death by a wild elephant recently..

Wildlife conservationists have strongly lamented the passive role of the forest officials, who have ignored the apathy of these villagers.

“The forest department has no plan and policy to tackle the man-animal conflict. I strongly urge the Assam government to formulate policies like some of the south Indian states including electric fencing,” said wildlife activist Nabajyoti Baruah .

Although electric fencing has been installed in some areas of Khalingduar Reserve Forest and Bornadi Wildlife Sanctuary, lack of repair has made them almost non-functional.