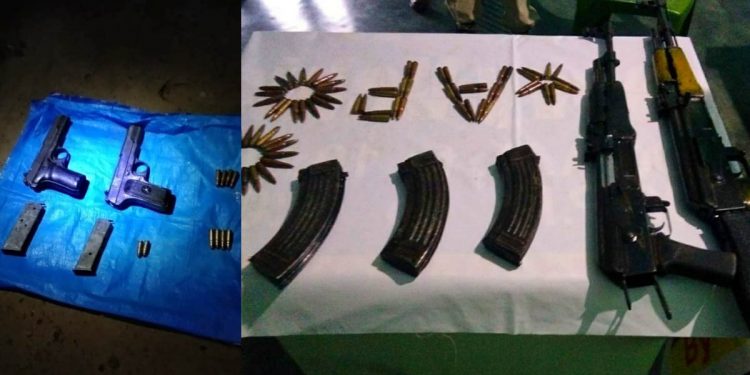 Acting on a tip-off, the Udalguri police recovered a  huge cache of arms and ammunition from two different places of the district on the intervening night of Saturday and Sunday.

Amid the corona scare and BTC elections ahead, a team of Udalguri police recovered one 7.62 mm pistol, one 9MM pistol, two magazines and eight rounds of live cartridges from a ditch near a sluice gate at Sindhrijhora village under Udalguri police station,