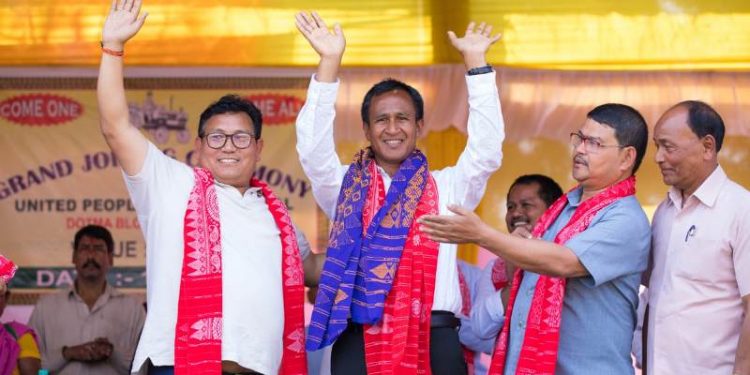 The former hardcore rebel leader joined the party at a programme at Dotma high school playground in Kokrajhar.

Former ABSU leader and UPPL president Pramod Boro welcomed Ferenga in to the party at the event.

BR Ferenga alias Ranjit Basumatary, who was the general secretary of the National Democratic Front of Boroland (NDFB-S), joined UPPL along with over 400 people from other parties and organizations.

Boro claimed that people of the BTAD region are seeking the change of guards and want to oust BPF from power because of its misrule and corruption during the past 15 years.

Ferenga said that he has joined UPPL party for the true implementation of Bodo pact.