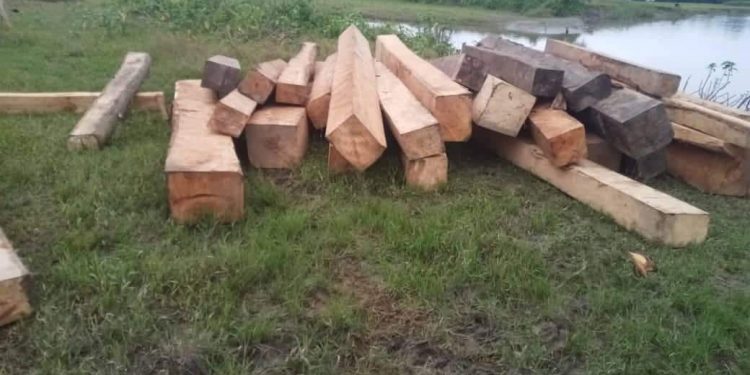 The riverine operation was conducted by Joy Kumar Deori, Forest Beat Officer, Pathalipam and officer-in-charge of Forest Defence Forces, Lakhimpur Atul Baruah on the night of Friday in which the forest personnel checked various areas from Chawul Dhowa Ghat to Khaga on river Subansiri.

They recovered 180 cubic feet of timber of Shimalu tree stored on the banks of the river in Moghuwa Chuk after they were transported from the Bhurbondha Ghat of the same river.

It may be mentioned that there has been reports of indiscriminate felling of trees inside Dullung Reserve Forest of Lakhimpur district which are transported to various places through the river Subansiri.