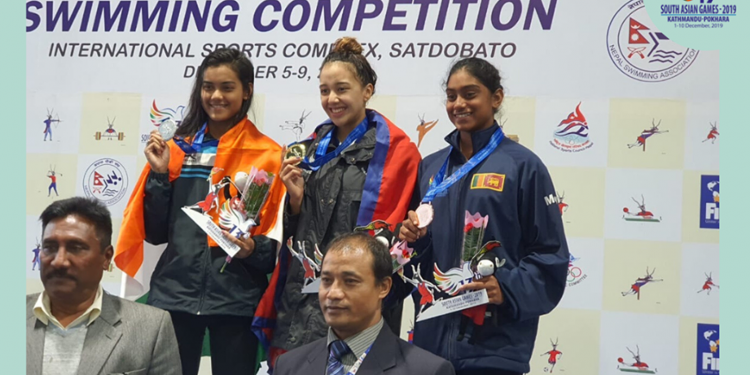 She earlier won two silver medals including one in 100 m freestyle finishing at 58.15 and in the 200m freestyle in the games.

It may be mentioned that swimming sensation Gaurika Singh created history in the 13th South Asian Games when she became the first Nepali athlete to win three gold medals in a single meet here at the International Sports Complex pool.

She won the event in four minutes and 25.28 seconds, finishing ahead of India’s Shivangi and Sri Lanka’s Ramudi Nulara Samarakoon who finished third at 4:41.91.

Singh won the maiden individual gold medal when she finished the 200m freestyle event in two minutes and 5.06 seconds.

Gogoi bagged a gold medal in the men’s weightlifting 61 kg category on Thursday.

The weightlifter had lifted a total weight of 264 kg.