Assam: Six of TMC team sent back to Kolkata, two to be sent off in afternoon 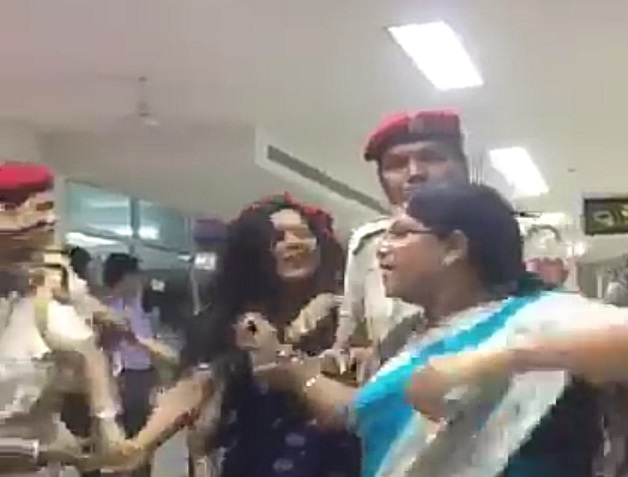 The Cachar district administration of Assam’s Barak valley in a swift and well-coordinated move managed to send back six members of the delegation of Trinamool Congress (TMC) who had arrived at Silchar to attend a public convention on the National Register of Citizens (NRC) final draft at Silchar town.

The six TMC members were sent back to Kolkata by a flight that took off from the Silchar airport at 7:55 am on Friday morning.

Two of the remaining members of the delegation are still waiting in Silchar and will be sent off later on Friday afternoon.

Earlier on Thursday, the Kumbhirgram airport in Cachar district witnessed an unprecedented scene of push and shove between Trinamool Congress MPs and the Assam Police.

Police detained the eight-member TMC team at the airport immediately on their arrival to attend a convention on the NRC in Silchar.

They were later taken to National Institute of Technology (NIT), Silchar guest house and put under house arrest.

Police stopped them at the airport on their arrival saying their visit might create trouble.

Notably, the Cachar district administration on Wednesday night issued prohibitory orders under Section 144 of the CrPC and banned entry of any person not involved with the NRC process in the district.

The TMC team was scheduled to arrive in Guwahati on Friday to meet intellectuals and prominent residents of Assam.