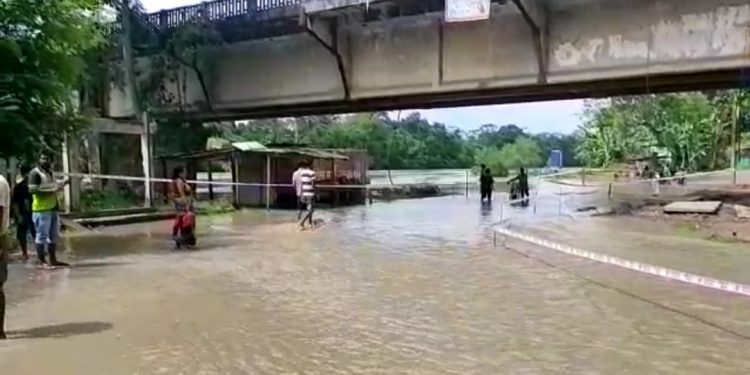 Sivasagar district in eastern Assam is reeling under severe threat of flood.

On Monday morning, the Dikhou river was flowing alarmingly posing serious danger to the villages nearby.

Flood water was flowing on to the streets under the bridge on National Highway 37.

Several nearby villages have been inundated as people have taken refuse in highlands.

The flood has been triggered by incessant rain over the last few days.