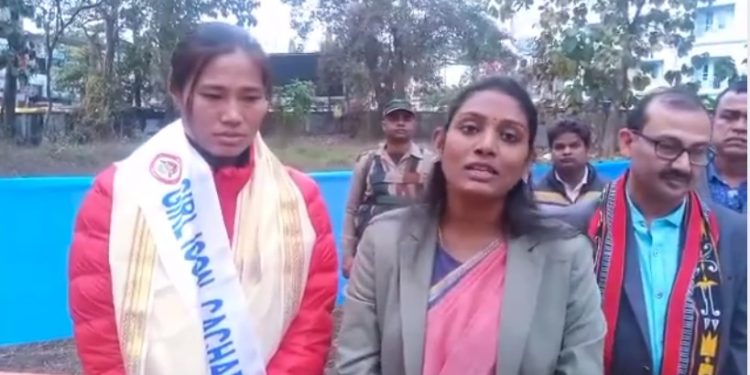 With an aim to inspire and motivate young girls, the administration has come up with a new initiative in Silchar in South Assam’s Cachar district.

A girl pride park was ceremoniously inaugurated at Normal School on the New Year’s Day in the presence of gold medal winner in South Asian Games Th Kavita Devi.

“The idea behind coming up with such a park is to recognise achievements of girls in the district. Girls with exceptional performances and achievements shall be identified and they will plant saplings here so that others can be inspired,” Cachar deputy commissioner Laya Madduri said.

She said the initiative has been taken under the ‘Beti Padhao, Beti Bachao’ campaign in the district.

It is learnt that two more similar parks will be opened at GC College and Cachar College as well.

Meanwhile, 11 girl students have been selected by the Normal School authorities, who would keep a close look at the maintenance of the park and also motivate others to the keep the park clean.